EghtesadOnline: Russia is giving Donald Trump the kind of fawning television coverage usually reserved for Vladimir Putin, with its most popular propagandist hailing the president-elect this week as “a man of his word.”

But inside the Kremlin, the initial euphoria over having a Putin admirer in the White House is giving way to skepticism that any meaningful detente with the U.S. can be achieved, according to four senior officials in Moscow.

Swirling controversies over alleged Putin-ordered hacking to help Trump get elected and a leaked dossier claiming the Kremlin has blackmail material on him has transfixed Washington, where a bill to impose even harsher sanctions on Russia is gaining bipartisan support. The backlash appears to have forced many of Trump’s cabinet picks to take tougher lines on Russia in their confirmation hearings than the Kremlin anticipated, the people said.

According to Bloomberg, the unprecedented firestorm is a double-edged sword for Putin, who’s spent the last 16 years trying to restore some semblance of his country’s lost superpower status -- while Russia is back at the center of U.S. attention, the uproar has energized Putin’s critics, according to Alexei Chesnakov, a former senior Kremlin staffer who continues to advise authorities. 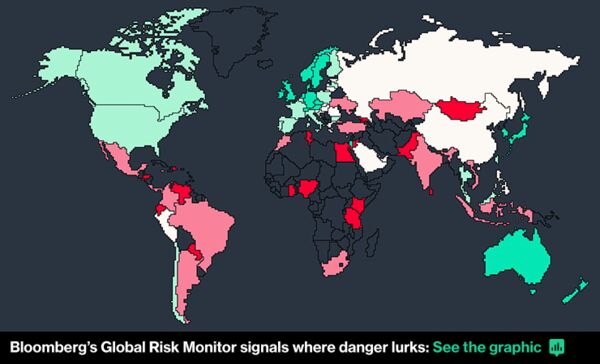 “There is a sensible shift of expectations in the Kremlin,” Chesnakov said in an interview. “The leadership understands clearly now that restoring ties won’t be easy and that more scandals will worsen the chances.”

Trump’s own, often contradictory statements are as worrying for Russia, according to the people. Take the prospects for easing the penalties imposed after Putin annexed Crimea from Ukraine in 2014, which Trump said he’d consider lifting.

His Treasury secretary nominee, Steve Mnuchin, however, pledged during a confirmation hearing before the Senate Finance Committee on Thursday that he’ll enforce sanctions against Russia “100 percent,” although he said Trump may change the penalties if he “got a better deal and we would get something in return, whether it was on nuclear arms or some other area.”

Last month, Trump said the U.S. should “greatly” expand its nuclear capability and seemed to call for a new arms race. But in an interview with European media this week, he said atomic arsenals should be cut “very substantially” and linked a possible new arms deal with Putin to sanctions relief.

Kremlin and other officials have said they will reserve judgment about comments from Trump or his nominees until after the inauguration in Washington on Friday. Foreign Ministry spokeswoman Maria Zakharova said Thursday that Russia hopes Trump’s swearing in will end “the crisis,” blaming the Obama administration for plunging relations to a post-Cold War low.

Putin came to Trump’s defense himself on Tuesday. He said claims in the leaked dossier, such as Russia having a tape of the billionaire-turned-politician cavorting with sex workers in Moscow, are “obvious fabrications.”

“I find it hard to believe that he rushed to some hotel to meet girls of loose morals, although ours are undoubtedly the best in the world,” Putin said.

The Kremlin has also reached out to Trump’s transition team with an invitation to send a representative to talks it’s sponsoring on ending Syria’s civil war later this month, but so far no decision has been announced.

Russian officials could be deliberately talking down expectations from Trump, of course, in an effort to undermine suspicions they secretly aided his campaign. The FBI and five other U.S. agencies are jointly probing whether Russia helped Trump win in November, including through covert funding of hackers, McClatchy reported Wednesday, citing two people it didn’t identify.

President Barack Obama has used his remaining time in office to make it harder for his successor to mend ties with the Kremlin if he chooses. He expelled 35 Russian diplomats and imposed penalties on more senior officials in Moscow last month after U.S. agencies concluded Putin personally ordered hacking during the campaign to help Trump and harm Hillary Clinton. The Russian leader has repeatedly denied involvement.

Security Council chief Nikolai Patrushev, a longtime Putin ally known for hawkish views, sought to temper public expectations of better ties with the U.S. this week. A poll taken two months ago found that almost half the country anticipated better relations with the U.S. “soon” after Trump takes office.

“In this environment, we can’t talk about radical changes in Russian-U.S. relations,” Patrushev said in the government’s official newspaper. “We don’t have any illusions about a sudden easing of measures to contain Russia.”

State broadcasters, carefully controlled by the Kremlin, have started adding “no need for illusions” caveats to their copious Trump coverage, though news anchors still went out of their way to reassure viewers that hard-line comments by Rex Tillerson, Trump’s nominee for secretary of state, and James Mattis, his pick for defense, were mainly posturing to ensure Senate approval.

But that wasn’t how Russian officials saw it, according to Valery Solovei, a political scientist at the Moscow State Institute for International Relations. There was a “threatening subtext” in those hearings that suggests the new administration will only make one attempt at reconciliation, he said.

“The recent scandals are a nasty background for future talks,” Solovei said. “Trump won’t try more than once.”

Andrey Kortunov, director of the Russian International Affairs Council, a research group set up by the Kremlin, said Tillerson’s testimony last week showed how deeply anti-Russian sentiment is running in Washington. Tillerson, a former Exxon Mobil chief who’s known Putin since 1999 and received a medal of friendship from him in 2012, called Russia a “danger” to U.S. interests.

Mattis, the retired general nominated for defense, went further, putting Russia and its attempts to shatter NATO at the top of his principal-threat list.

Both Tillerson and Mattis expressed views that clashed with some statements Trump has made, including about NATO and Russia. Those differences, coupled with Trump’s unpredictability, are starting to worry the Kremlin, according to Dimitri Simes, president of the Center for the National Interest in Washington.

“The Russian leadership definitely preferred Trump to Clinton,” Simes said. “But now they’re concerned. Trump is very impulsive and takes things very personally, so a nice beginning could have a sour conclusion.”