According to Bloomberg, Trump lashed out at China over the weekend, saying it stole an underwater drone from the U.S. Navy in an “unprecedented act.” Beijing’s response was muted. The state-run China Daily’s English-language edition warned Monday that Trump’s inexperience in diplomacy might lead to confrontations between the two nations, while the Communist Party-affiliated Global Times mocked his demeanor as “lagging far behind the White House spokespersons.”

“China has so far practiced restraint at Trump’s provocations as he’s yet to enter the White House,” the Global Times said. “But this attitude won’t last too long after he officially becomes the U.S. president, were he still to treat China in the manner he tweeted today.”

For all the noise from Trump’s Twitter account and elements of the Chinese press, Beijing appears to be holding its fire at least until after he takes office next month. That means prolonging the stance of “strategic composure” articulated after Trump questioned the U.S.’s policy of diplomatically recognizing Beijing instead of Taiwan.

Beijing will “strike back firmly” if Trump as president openly challenges China’s core interests like Taiwan, Tibet, the South China Sea and the East China Sea, said Shi Yinhong, director of the Center on American Studies at Renmin University in Beijing and an adviser to China’s State Council, the cabinet. Options include recalling the ambassador, stopping international cooperation, fighting a trade war -- even severing diplomatic ties.

“So far, China has adopted a cautious, measured approach of wait and see,” Shi said. “The government is still closely observing what Trump is up to and in the process of forming a clear view on his possible policy. This approach will likely continue into his presidency for the first couple of months.” 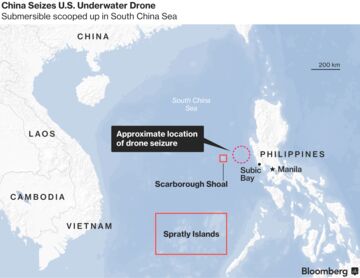 The fallout from worsening ties threatens a two-way trade relationship that reached $627 billion in 2015, more than U.S.’s combined commerce with Japan, the U.K. and Germany. While some policy makers in Beijing initially hoped that Trump would bring a more pragmatic approach, that view is quickly fading.

In an editorial last week after Trump questioned the One-China policy, the Global Times warned: “We shall harbor no illusions, and get ready to wrist-fight with Trump.” Foreign Minister Wang Yi, without mentioning Trump’s name, said that whoever tries to destroy China’s core interests would shoot themselves in the foot.

President Barack Obama used one of his final press conferences in office to underscore the need for a comprehensive plan if Trump wants to upend decades of U.S. policy toward China, particularly regarding Taiwan, which Beijing views as its territory. China’s reaction, Obama said, “could end up being very significant.”

“That doesn’t mean that you have to adhere to everything that’s been done in the past,” Obama said on Friday. “It does mean that you’ve got to think it through and have planned for potential reactions that they may engage in.”

Trump’s reaction to the drone incident raises questions about whether that’s the case. He deleted his first tweet after writing “unpresidented” rather than “unprecedented.” Later, after tensions appeared to have been diffused, Trump sent another tweet: “We should tell China that we don’t want the drone they stole back.- let them keep it!”

Such a response would deprive the U.S. of the ability to assess what information China sought to obtain while analyzing the drone after it was seized, according to Malcolm Davis, a senior analyst at the Australian Strategic Policy Institute in Canberra.

“It just shows that Trump hasn’t thought out his policy before he tweets it,” Davis said. “The risk is that he is going to confront China to the point where it is destabilizing.”

The drone incident showed how quickly tensions between the nations could escalate, particularly as China challenges U.S. naval supremacy in Asia.

The Pentagon said a Chinese vessel unlawfully seized the small unmanned vehicle Thursday while the USNS Bowditch was collecting it in a routine operation 50 nautical miles northwest of Subic Bay in the Philippines. Some reports, including Fox News, said it was a Slocum Glider.

China said it picked up the drone for safety reasons, while blaming the U.S.’s surveillance activities for hurting ties.

“Under Trump, China-U.S. conflicts in the South China Sea are likely to ratchet up or even deepen, with unpredictable incidents like the Bowditch episode to occur from time to time,” Li Jie, a senior researcher at the Chinese Naval Research Institute in Beijing.

The overseas edition of the People’s Daily, the Communist Party’s flagship newspaper, said on its WeChat social media account Saturday night that China’s capture of the drone was legal because it was conducting “military operations in sensitive waters” and rules about drone activities are ambiguous. 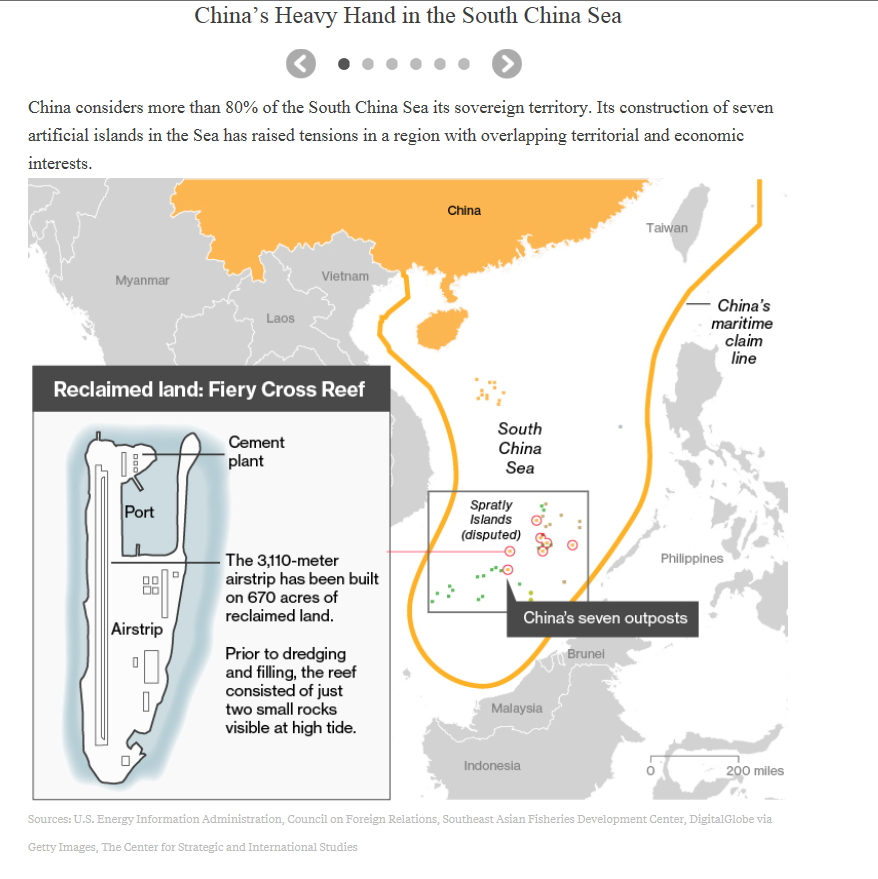 “This is a gray area,” the article said. “If the U.S. military can send the drone over, China can certainly seize it.”

On Monday, the newspaper said that the frequency of U.S. surveillance activities in the South China Sea indicates suspicion or hostility toward China.

“Although the U.S. side tried to make light of those underwater drones, it’d be difficult to hide the real intention behind them,” the newspaper said in a front-page commentary.

While the motive for the seizure remains unclear, it’s a concern no matter whether it was ordered from Beijing or the act of a rogue captain, according to Michael Mazza, research fellow in foreign and defense policy studies at the American Enterprise Institute.

“To me all of these various explanations are troubling,” he said. “If we do learn it was one ship acting on its own that’s not cause for a sigh of relief.”