EghtesadOnline: Connecting Egypt to a new $500 billion Saudi city via a bridge across the Red Sea will require cooperation from Israel, analysts say. Could it one day help integrate the Jewish state with its Arab neighbors?

Israel’s 1979 peace treaty with Egypt guarantees it access to the Red Sea’s Straits of Tiran, which the planned bridge and causeway would cross. That makes Israel’s involvement in the project crucial, says Yoram Meital, chairman of the Chaim Herzog Center for Middle East Studies & Diplomacy at Israel’s Ben-Gurion University of the Negev. Egypt’s closing of the straits to Israeli shipping in 1967 was one of the central actions that led to that year’s Mideast War. 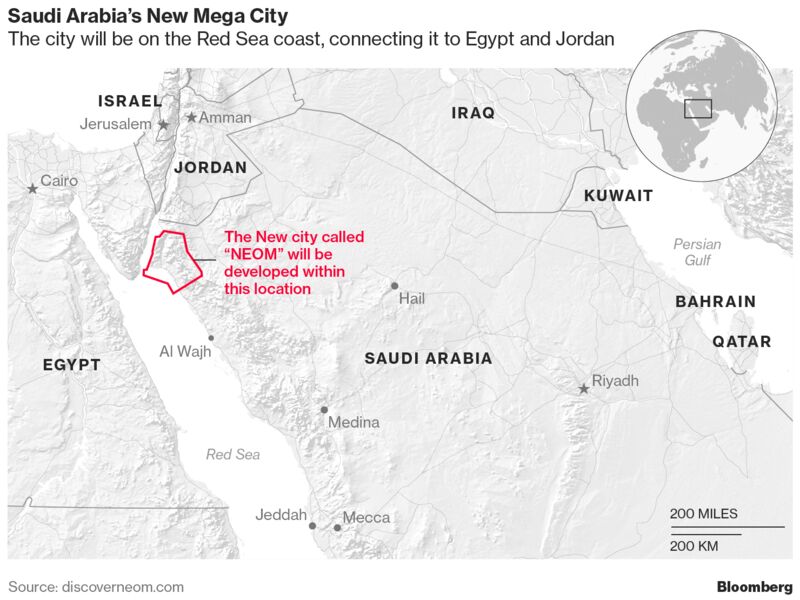 “There couldn’t be anything close to this unless Israel and the Saudis had the opportunity to discuss in detail their relations and this bridge,” Meital said. “There have to have been back channels.”

According to Bloomberg, Israeli Prime Minister Benjamin Netanyahu’s office did not respond to a request for comment on the project, whose plans were announced Tuesday by Saudi Crown Prince Mohammed bin Salman at an international business conference in Riyadh.

U.S. President Donald Trump appears to believe Arab nations hold the key to securing peace between Israel and the Palestinians, and has touted economic ties with Saudi Arabia as one of the benefits Israel could see from a peace deal. Israeli leaders have identified the Red Sea’s Gulf of Aqaba region as an ideal place to cement business ties with Jordan, Saudi Arabia and Egypt -- which, like Israel, all border the waterway.

Planning for the 10-kilometer (six-mile) bridge, which would carry road and rail traffic, was made possible by Egypt’s acceptance of Saudi sovereignty last year over the islands of Tiran and Sanafir that sit in the straits between the two countries, in exchange for billions of dollars in aid. Egypt’s four-decade old guarantee of unfettered passage for Israeli ships could create complications for Saudi Arabia under the United Nations Convention on the Law of the Sea if Israel isn’t consulted on the bridge construction, says Simon Henderson, director of the Gulf and Energy Policy Program at the Washington Institute for Near East Policy.

“I have no doubt that there have been consultations, either directly or indirectly, perhaps through the United States,” Henderson said. “As long there is no change in the status quo, Israel is presumably happy.”

Netanyahu has repeatedly said that relations with moderate Sunni Arab nations are better than ever -- though most of the cooperation can’t be discussed because the countries have no formal ties with Israel.

Saudi Arabia’s former intelligence chief and ambassador to the U.S., Prince Turki al-Faisal, said this week that Netanyahu is exaggerating the extent of Saudi cooperation with Israel and that there are no “under-the-table” talks with the Jewish state. He spoke during an Oct. 22 conference sponsored by the Israel Policy Forum, a liberal advocacy group that distributed a video recording of his remarks.

“Everybody recognizes the opportunities here, but in order not to ruin them, it’s best not to talk about them at this point,” Israeli Communications Minister Ayoob Kara, a close Netanyahu lieutenant and the only Arab member of his cabinet, said in a phone interview. “We want to find a formula to get above the radar.”