Trump Says U.S. Is Ready to Use ‘Devastating’ Force on North Korea

EghtesadOnline: President Donald Trump said the U.S. is prepared to use “devastating” military force against North Korea but encouraged the world to work together to end the country’s nuclear program as he imposed new sanctions on the country’s banks.

“We are totally prepared for the second option -- not a preferred option -- but if we take that option it will be devastating I can tell you that,” Trump said during a joint news conference Tuesday at the White House with Spain’s Prime Minister Mariano Rajoy. “For North Korea that is called the military option. If we have to take it we will.”

North Korea’s nuclear weapons threaten “the entire world with unthinkable loss of life” and “all nations must act now to ensure the regime’s complete denuclearization,” Bloomberg quoted Trump as saying. 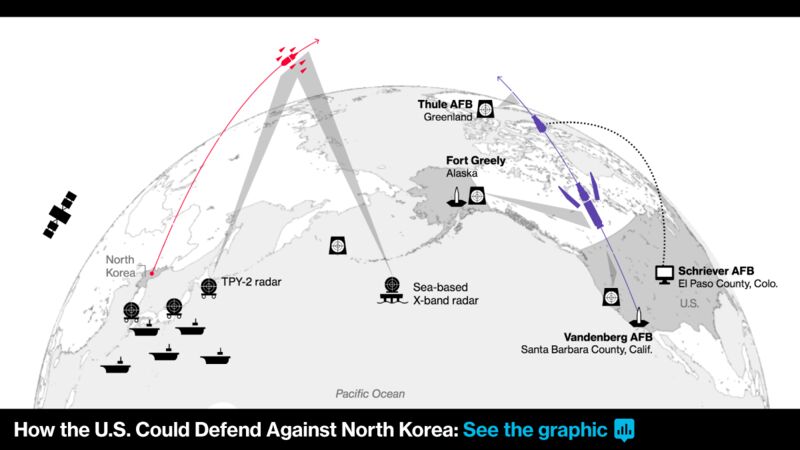 The U.S. Treasury Department stepped up measures Tuesday in the effort to choke off North Korea from the international financial system by imposing new penalties on banks and individuals linked to the country’s financial networks.

The U.S. designated eight North Korean banks and 26 North Korean nationals who act as representatives for the country’s banks, operating in China, Russia, Libya and the United Arab Emirates.

North Korean Foreign Minister Ri Yong Ho escalated tensions on Monday by declaring that his country would be within its rights to shoot down U.S. warplanes flying in international airspace, arguing that Trump’s tough language at the United Nations last week amount to a declaration of war. That startled financial markets, coming just days after the Pentagon sent planes near North Korea’s border.

Trump told world leaders in his first address to the United Nations that if Kim’s pursuit of nuclear weapons leads to war, “we will have no choice but to totally destroy North Korea.” Belittling the North Korean leader, Trump said, “Rocket Man is on a suicide mission for himself and for his regime.”

Kim, in a statement on state media, called Trump “mentally deranged” and threatened to take the “highest level of hard-line countermeasure in history.”

White House National Security Adviser H.R. McMaster said Monday that the U.S. has gamed out four or five different scenarios for dealing with North Korea and “some are uglier than others.” Speaking at an event in Washington hosted by the Institute for the Study of War, McMaster said that “there’s not a ‘precision strike’ that solves the problem,” and “there’s not a military blockade that can solve the problem. What we hope to do is avoid war, but we cannot discount that possibility.”

“While the political space is clearly very charged right now, we haven’t seen any change in the posture of North Korean forces,” Dunford said. “We watch that very carefully. We clearly posture our forces in the event of a provocation or a conflict.”

Dunford also said it’s best to assume that North Korea already has the capability to hit the U.S. mainland with a nuclear-armed ballistic missile and is likely to overcome any remaining “engineering” issues.