EghtesadOnline: One of the best-positioned media giants, Bewkes’s Time Warner Inc. had it all: news and sports to attract live audiences, a foothold in new online TV services, and HBO, a profit machine and critical darling. Yet his decision to sell to AT&T Inc. this year for $85.4 billion could be a tipping point.

If Time Warner’s chief executive officer doesn’t see a future for the owner of CNN and TNT as a standalone company, why should anyone else?

“Everyone else should be very scared of the implications of this,” said Rich Greenfield, an analyst at BTIG Research LLC. “This is absolutely a warning sign for every other media company that the business is changing.” 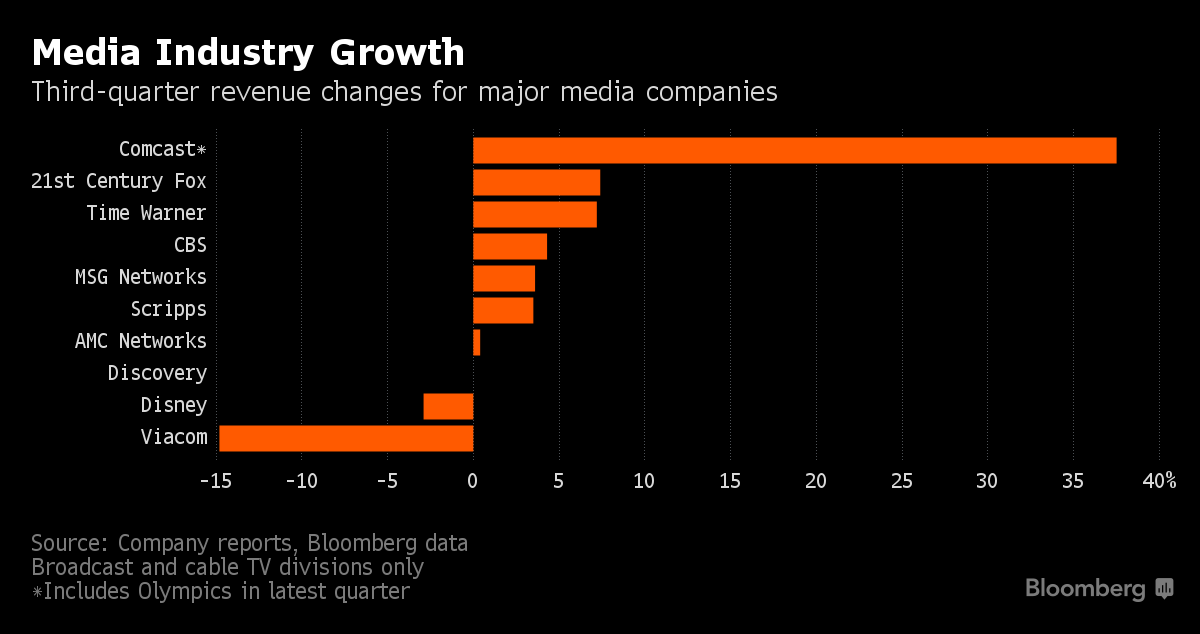 Next year, other programmers will be forced to contemplate whether to merge with competitors or distributors like AT&T, the largest U.S. pay-TV operator. Network owners are under growing pressure as they lose customers to online services like Netflix. While about 98 million homes still get pay TV, the industry lost around 1 million subscribers in 2016, and almost no channel was untouched. Even popular sports like the NFL -- the glue holding the cable bundle together -- lost viewers, Bloomberg reported.

Channel owners are betting new online TV services like DirecTV Now, Dish Network Corp.’s Sling TV and an upcoming service from Hulu will stem the bleeding. Starting as low as $20 a month, they offer a low-cost alternative to the typical $85-a-month cable bill.

Yet going it alone looks like a risky alternative. No one knows whether so-called skinny bundles will catch on. And not every channel can be included. If slimmer TV services become popular, smaller networks could lose out.

At a media conference in June, Steve Burke, CEO of Comcast Corp.’s NBCUniversal, said, “We have channels that are vulnerable” in a skinny bundle world and suggested he may give up on some to focus on more popular networks like USA.

“We own two channels or three channels that don’t make a lot of money, that we are constantly going back to cable and satellite companies and saying we want more money,” Burke said. “I would rather if we can get an extra dime from Dish, I’d rather have it on USA than have it on our channel that really isn’t getting traction with consumers.

Earlier this month, AT&T dropped the Esquire Network, a joint venture between NBCUniversal and Hearst Corp., cutting the channel from 15 million households.

Cable channels were fighting for survival even before online services threatened to unravel the TV bundle. Pay-TV providers like AT&T and Charter Communications Inc. have gotten bigger through mergers and are using their size to squeeze networks for lower rates or kicking them off their services if they don’t comply.

Programmers choosing to sell have several options. They could join forces with a major distributor, as Time Warner did with AT&T or as Rupert Murdoch’s 21st Century Fox Inc. is doing by seeking to buy the rest of Sky Plc, the U.K.’s largest pay-TV provider. Analyst have long speculated that smaller channel owners like AMC Networks Inc. or Discovery Communications Inc. could combine.

John Malone, a cable dealmaker with stakes in Discovery, Lions Gate Entertainment Corp. and Charter, told CNBC last year that “clearly there is still room in the media sector to create some bigger and more global entities.”

Either way, analysts say cable channel owners need to try something, especially if they are small and don’t offer sports or news, which are typically watched live.

“Either you are live and large, or dead,” said Michael Nathanson, an analyst at MoffettNathanson LLC.

Ken Lowe, CEO of Scripps Networks Interactive Inc., says his company is better off being small and can thrive “as long as we are good storytellers.”

“Everything is not going to be a Comcast-NBC brand or AT&T-Time Warner brand,” Lowe said in an interview. “There’s going to be some interesting vibrant brands that will still hang in there.”