The Cupertino, California-based company said revenue in the three months ending in March will be $60 billion to $62 billion. Analysts were looking for $65.9 billion on average, according to data compiled by Bloomberg.

For the final quarter of 2017, Apple said it sold 77.3 million iPhones, down 1 percent from a year earlier and below analysts’ projections of 80.2 million units. The average selling price was $796 -- ahead of expectations -- suggesting its flagship iPhone X handset sold relatively well, while cheaper versions weren’t as popular.

The numbers, which would be extraordinary for virtually any other company in the world, underscore the elevated expectations that investors have for Apple. They also highlight concern about lackluster demand for iPhones, sparked by recent reports of Apple cutting orders to suppliers and lower analyst estimates. Fewer new handsets means Apple has to work harder to sell related services, accessories and other devices. It also leaves less time for the company to create its next big hit, potentially in wearable technology, augmented reality or even transportation.

Apple Chief Financial Officer Luca Maestri said the 2017 holiday period was a week shorter, compared with 2016, limiting iPhone sales. "We are very, very happy with the guidance we are providing," he added, noting that sales of handsets were strong in all regions.

"IPhone X was the most popular phone and since we launched it in early November, for every week it’s been the top selling iPhone," Apple Chief Executive Officer Tim Cook said in an interview. "Couldn’t be prouder of it."

Apple shares fell about 1 percent in extended trading, after closing at $167.78 in New York on Thursday. The stock had dropped about six percent in the days leading up to earnings.

The iPhone X, which went on sale in November, is available in $999 and $1,149 configurations, at least $150 more than any iPhone starting price that came before. The new iPhone 8 and iPhone 8 Plus handsets also start at $50 more than their predecessors. Those higher sticker prices buoyed ASPs and helped revenue in the holiday period.

Apple’s cash reserves jumped to $285 billion, adding to the pile of offshore money that will be taxed under new legislation introduced in the U.S. recently. The company said last month that it will bring hundreds of billions of dollars back to the U.S. and pay $38 billion in tax. 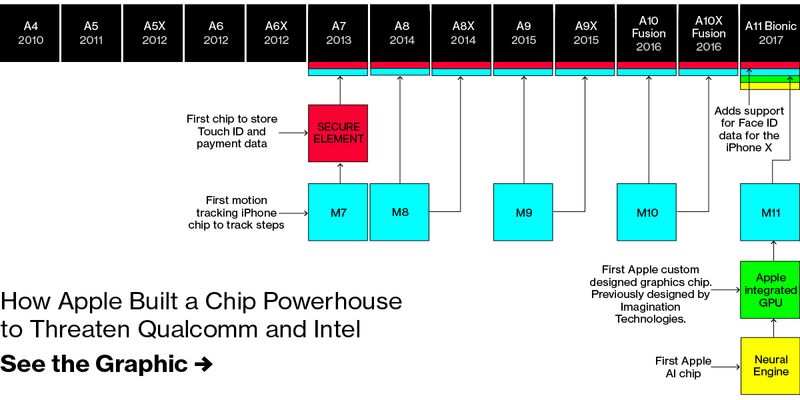