The co-founder of the world’s largest social-media business saw his fortune fall $3.3 billion Friday after he posted plans to shift users’ news feeds toward content from family and friends at the expense of material from media outlets and businesses, Bloomberg reported. 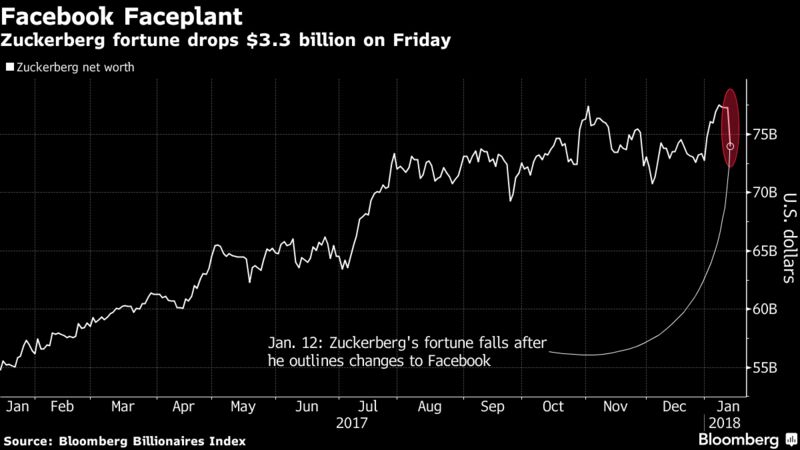 The drop wiped out much of the $4.5 billion Zuckerberg, 33, had added this year through Thursday. The world’s 500 richest people gained $1 trillion in 2017 and an additional $192 billion in the first two weeks of 2018, according to the Bloomberg index.