The train, known as a hyperloop, would make the 220 mile connection in 29 minutes, Musk said in a post on Twitter Thursday. He provided few details, and a spokesperson for his new digging enterprise, called the Boring Company, declined to comment on the project.

According to Bloomberg, it’s not clear what Musk is doing with these announcements on Twitter. Such an ambitious project would require billions of dollars in funding and extensive approvals from federal, state, and local authorities. The tunnel would be more than twice as long as the current record holder: the Gotthard Base Tunnel, a rail line that runs through the Swiss Alps. For some urban context: a recently opened stretch of subway in New York cost $4.5 billion for less than 2 miles of rails. It was first proposed in 1919 and opened to the public in January 2017.  These things take time.

Even if the Boring Co. did receive some kind of approval to start digging a tunnel, it’s not clear how quickly the company will be able to move. Musk began digging in May on a small test tunnel using a second-hand boring machine, called Godot, which he acquired for his speculative new enterprise. Here’s how Musk described the Boring Co. at a Ted Talk in April: “This is basically interns and people doing it part time. We bought some second-hand machinery. It’s kind of puttering along, but it’s making good progress.”

Then there’s the hyperloop component of his supposed megaproject. The hyperloop is an idea for a high-speed rail system that uses magnetic levitation and near-vacuum conditions. Musk first proposed it in 2013 white paper he published for outside groups to work on (he was too busy.) Last year, he built a hyperloop test track near the headquarters of his rocket company, SpaceX, in Hawthorne, California, to host a competition for teams of students to race their vehicles. So far, no human has ridden in a hyperloop prototype.

That said, Musk does have some lofty ambitions for the Boring Co. In February, he visited a worksite in Washington to check out a used tunneling machine he was considering purchasing, according to a Bloomberg Businessweek story. The machine, dubbed Nannie by the city’s water utility, had been used to dig a sewage overflow tunnel.

At the time, Musk said his plan was to use an existing tunnel boring machine and modify it so that it could dig more quickly. “To make it five times better is not crazy hard,” he told Bloomberg. It’s not clear if Musk has bought a tunnel boring machine in Washington; the only tunnel the company has dug so far is in the parking lot of  SpaceX.

Musk launched the Boring Co. in December with a series of Twitter posts, tapping veteran SpaceX engineer Steve Davis to oversee the project. In January, the company began digging in the parking lot as part of a planned network that Musk says will eventually cover all of Los Angeles. On Thursday, Musk said the East Coast tunnel will progress “in parallel” with the West Coast project. “Then prob LA-SF and a TX loop,” he wrote.

City center to city center in each case, with up to a dozen or more entry/exit elevators in each city

For now, the whole California endeavor is on private property, which means that Musk could break ground and start digging without any local or federal permits. Musk has had discussions with Mayor Eric Garcetti, but it’s unclear if he’s made any progress in seeking regulatory approval. “Permits [are] harder than technology,” Musk tweeted in June.

A White House spokesman confirmed that the administration has had “promising conversations to date” with Musk and Boring Company executives but would only say the administration is “committed to transformative infrastructure projects, and believe our greatest solutions have often come from the ingenuity and drive of the private sector.”

Still a lot of work needed to receive formal approval, but am optimistic that will occur rapidly

In Virginia, it took two years just to complete the geotechnical and environmental studies for the Chesapeake Bay tunnel project that's about to begin, said Aubrey Layne, the state's secretary of transportation. She said she doesn't know anything about Musk's plans.

“It can’t be more than just, ‘Hey, this looks like an idea we’re going to let you explore,’’’ Layne said of Musk’s tweet. 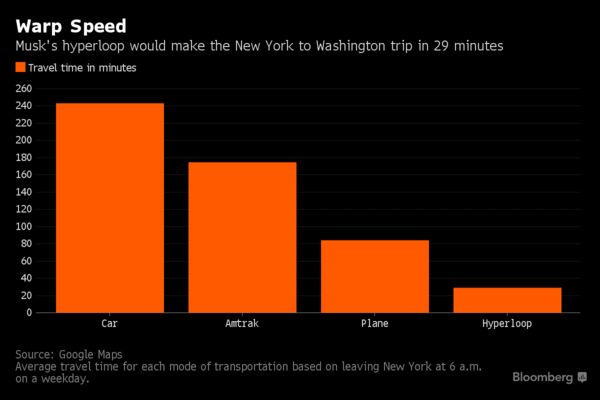 Whatever this new “verbal approval” means, the posts on Twitter are probably little more than an attempt to generate interest in future Boring Co. projects. Musk himself suggested as much Thursday. David Lee, a Silicon Valley reporter for the BBC, questioned Musk’s promises: “Verbal? Not on the dotted line? Seems premature to announce ... unless you’re drumming up support for the project?”

Musk’s response: “Support would be much appreciated!”