IEA to Lift Solar, Wind Outlook After Decade of Underestimates

EghtesadOnline: The world’s most prominent energy forecaster will raise its outlook for wind and solar installations following a decade of underestimating growth in the renewables industry.

The International Energy Agency, which was established as a watchdog of the industry in the wake of the 1973 oil crisis, will “significantly” raise its estimates for renewables when it publishes its annual mid-term market report for the industry at the end of this month, a spokesman for Paris-based organization said.

The findings will feed into the World Energy Outlook report due in November, which is used by many forecasters as a starting point for trends in the industry. Although the IEA aims to provide its 29 member-nations impartial advice, it’s been criticized for publishing conservative estimates that failed to predict the rapid growth of wind and solar farms as a source of electricity, reports Bloomberg. 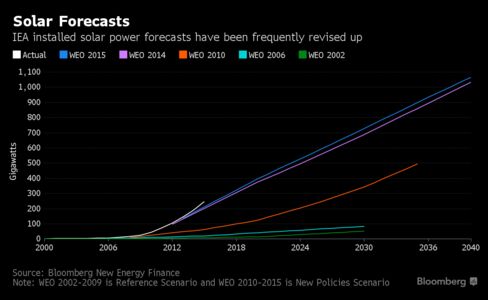 “The IEA has significantly raised its estimates for the deployment of renewables compared with previous years reflecting major changes in energy policies around the world, such as the adoption of the Paris Agreement,” Jad Mouawad, the IEA spokesman, said by e-mail.

Bloomberg New Energy Finance and IHS Inc. are among the private forecasters along with investment banks that also assess world energy supply and demand. 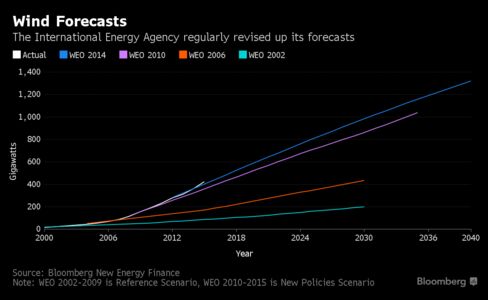 The agency has been a key voice in guiding policymakers toward cleaning up the pollution blamed on global warming. Its annual outlook includes scenarios countries could adopt to keep global warming to the United Nations goal of 2 degrees Celsius (3.6 degrees Fahrenheit) since the industrial revolution.

This year’s forecasts seek to reflect the growing number of countries adopting climate change policies, as well as the global deal to curb carbon emissions and global warming agreed in Paris in December.