EghtesadOnline: Apple Inc. holds a keynote event at which it will probably unveil the iPhone 7, rumored to have no headphone jack.

The European Central Bank decides on interest rates, joined by Canada, Poland and Sweden. according to Bloomberg.

U.S. service providers probably expanded in August at a pace that indicates a strengthening of the economy in the third quarter after a weak first half. The Institute for Supply Management’s non-manufacturing index is the highlight of a holiday-shortened week for U.S. economic data. 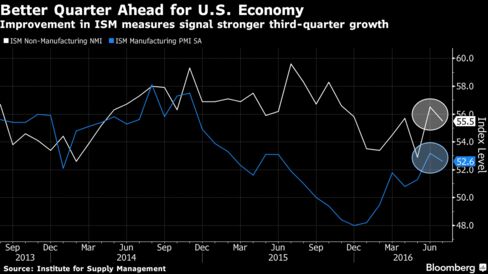 U.S. Congress returns from its seven-week recess with a to-do list that includes funding the government and a Zika vaccine amid outbreaks of the virus in Florida.

Bank of England Governor Mark Carney testifies before lawmakers in the wake of measures taken following the U.K.’s decision to leave the European Union.