Everything you need to know about the Trump-fueled global trades from reflation to banking stocks to emerging markets.

EghtesadOnline: Rumors of the Trump trade's demise have been greatly exaggerated. The new president's November victory set off shock waves in global financial markets, fueling demand for risk-on bets that lifted the dollar and touched off one of the biggest ever post-election rallies in stocks.

While a clutch of Trump-fueled trades have taken abreather in the first month of 2017, none have outright reversed and a number of strategies aimed at benefiting from his pro-growth policy promises continue to pay off, Bloomberg reported.

Take a look at an overview of the Trump-led regime shift in global trading. 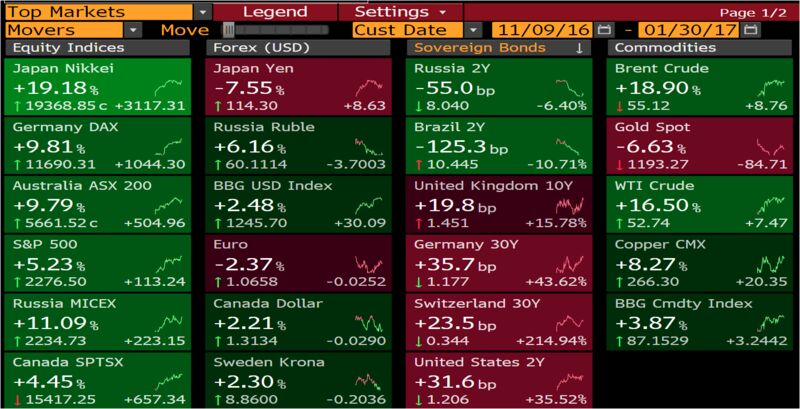 Even with the biggest selloff in U.S. stocks since the election on Monday amid worries of a potentially protectionist agenda, the S&P 500 remained higher by 6.3 percent as of 12:26 p.m. in New York, a testament to how far equities rallied on speculation Trump's administration would be decidedly pro business. Here's a roundup of the main financial trades his win prompted and how they're doing:

Perhaps the most notable feature of the new trading game is the surge in reflation bets. Breakeven inflation rates -- derived from the spread between nominal Treasury yields and Treasury inflation-protected securities -- are climbing to new highs as firming domestic and global data feed market-implied gauges of U.S. inflation. The moves have tapered a bit recently, but there's no sign of a reversal. 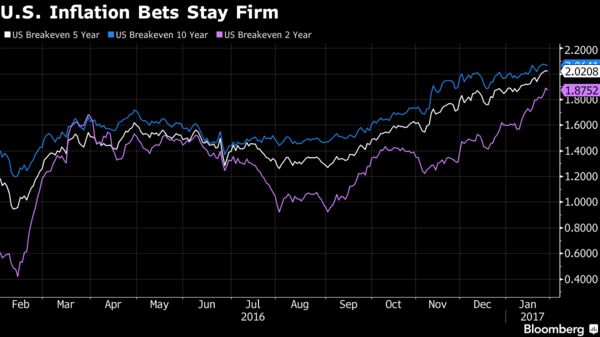 Greenback bulls have been tamed after the U.S. currency rose to the highest level in more than a decade on the first trading session of the year. The Bloomberg Dollar Spot Index is down 2.8 percent since Jan. 3 as investors await guidance on stimulus plans and mull the impact of Trump's trade policies, after the president dubbed the currency "too strong" in an interview earlier in January. 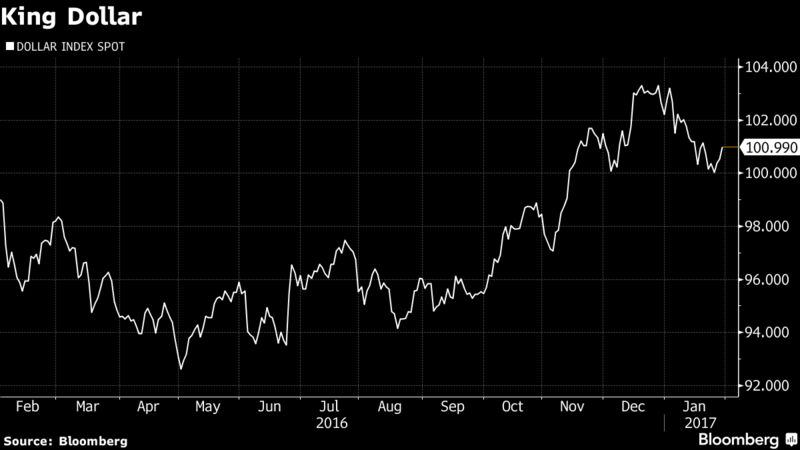 Few assets have been battered as badly since Trump's election as the Mexican peso, which has fallen almost 12 percent. While the currency has staged a rebound of sorts in the past two weeks, it's still shown itself susceptible to weakness as the administration looks to rewrite trade policy with America's southern neighbor. 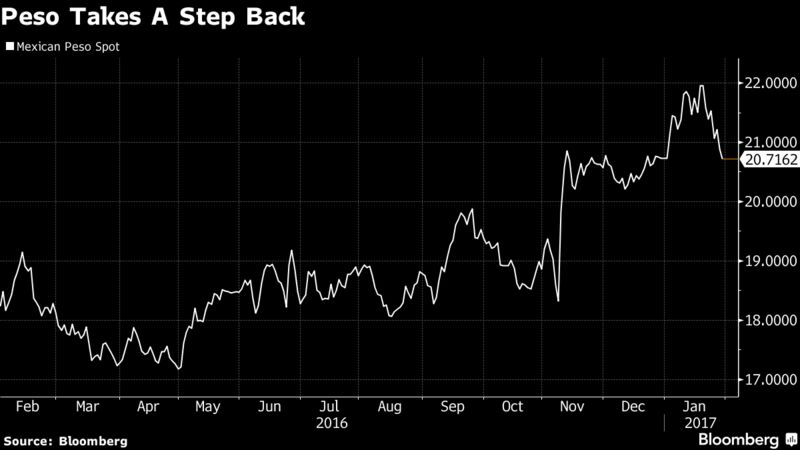 Trump called for massive spending on infrastructure during the campaign, but there hasn't been any specific action yet. Those promises led to a surge in construction stocks, from Chicago Bridge & Iron Co. to Vulcan Materials Co. While the torrid rally in an equal-weighted basket of infrastructure shares cooled off in mid-December, the trade came roaring back recently. 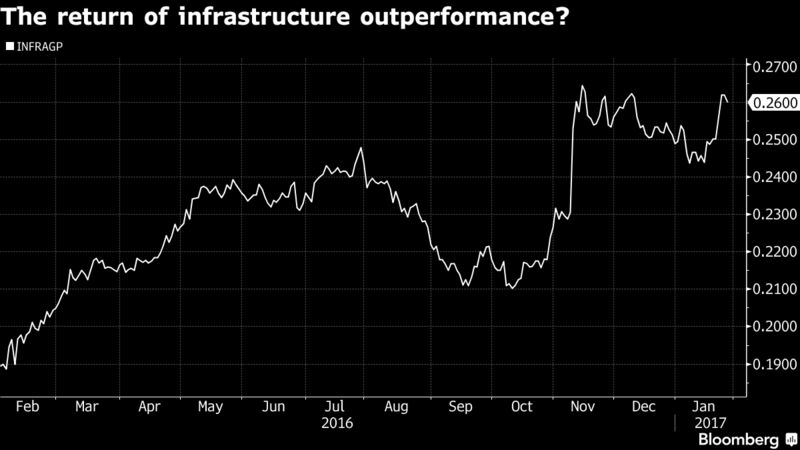 Small capitalization stocks -- which tend to be more domestically-orientated than their large-cap peers -- outperformed larger names listed on the S&P 500 following the election. This trade has subsequently taken a breather, and the level of outperformance now stands near the highs notched in December. 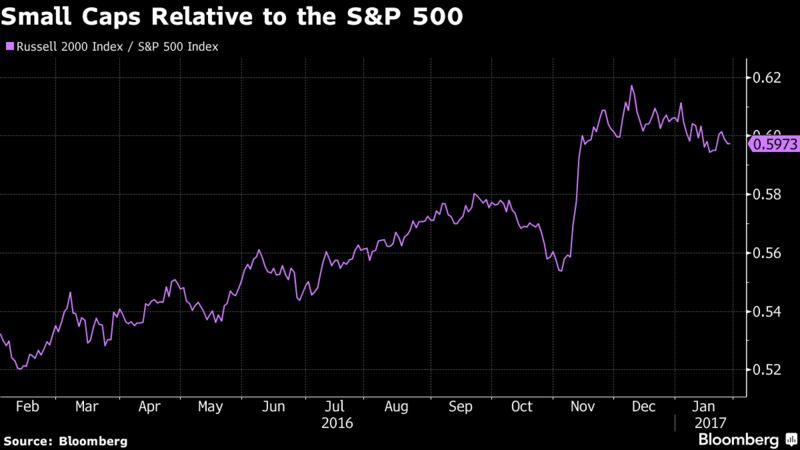 A rise in U.S. inflation and expectations of further interest rate hikes powered a surge in benchmark 10-year note in the aftermath of the election. Over the past month Treasuries have been stuck in a rut -- though yields remain decisively higher than the 1.36 percent low notched last summer. 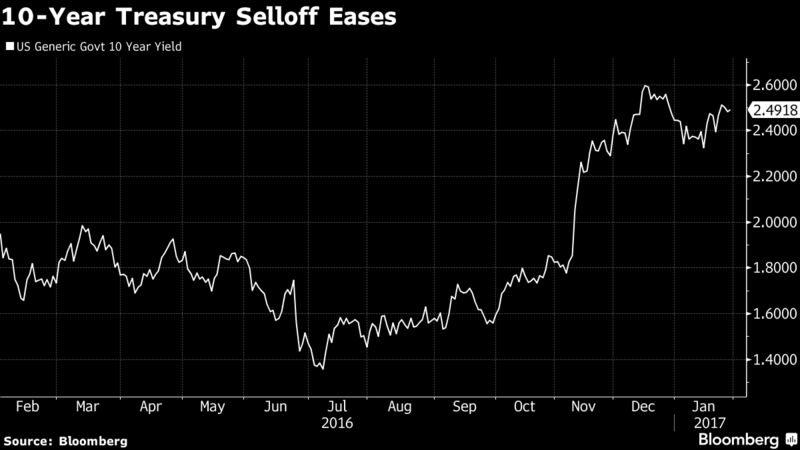 Biotech stocks aren't for the faint-hearted. The group surged after Trump's win only to plunge when he said he wasn't a fan of high drug costs. The pattern has repeated itself, leaving investors on a knife's edge, waiting for policy clarity. 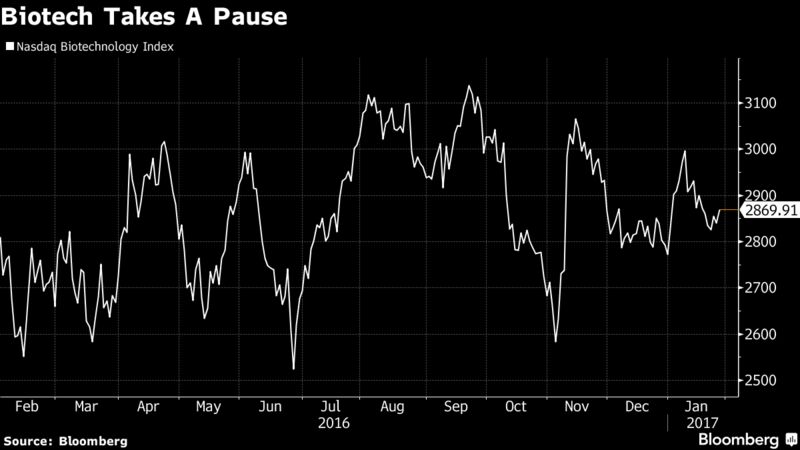 Trump's victory helped shares of GEO Group Inc. surge nearly 20 percent and Corrections Corp. rise as much as 60 percent in the direct aftermath of the election. And the trend higher didn't stop there. The stocks were beaten down in August when the Department of Justice said it would start phasing out privately run jails. Analysts said President Trump would be likely to reverse that policy, and their faith remains strong. The companies' shares are up 72 percent and 105 percent respectively since Nov. 8. 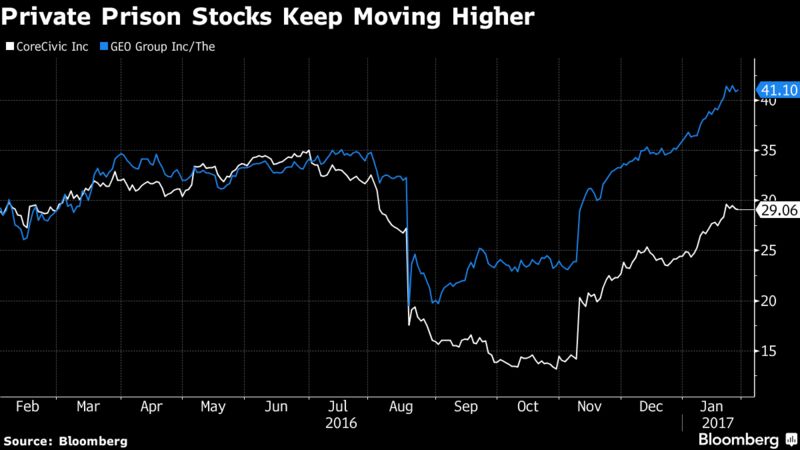 Expectations of regulatory forbearance and rising U.S. yields -- a boon for banks' net interest margins -- breathed life into the financial sector after Trump's victory, rallying more than 15 percent in the election aftermath. Banking stocks have held onto those gains, but haven't added to them amid a lack of policy clarity. 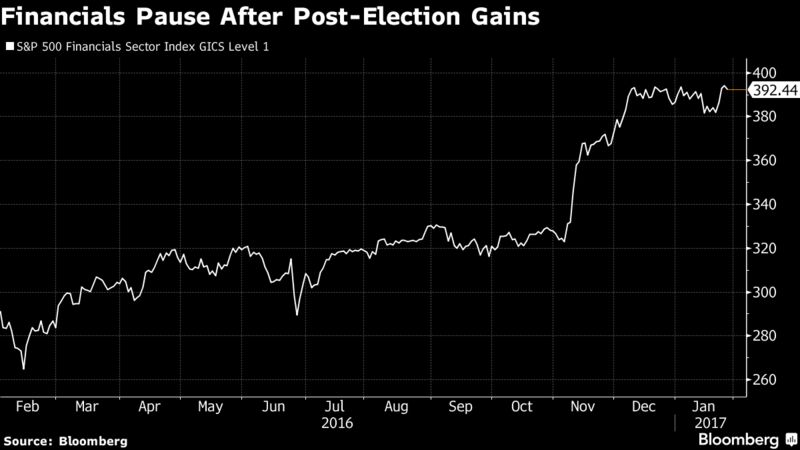 The so-called great rotation -- a flood of capital out of bond markets into stocks -- has thus far proven something of a disappointment. Allocations to rate-sensitive bond funds have continued in earnest while inflows to equity funds have, in relative terms, been decidedly modest. 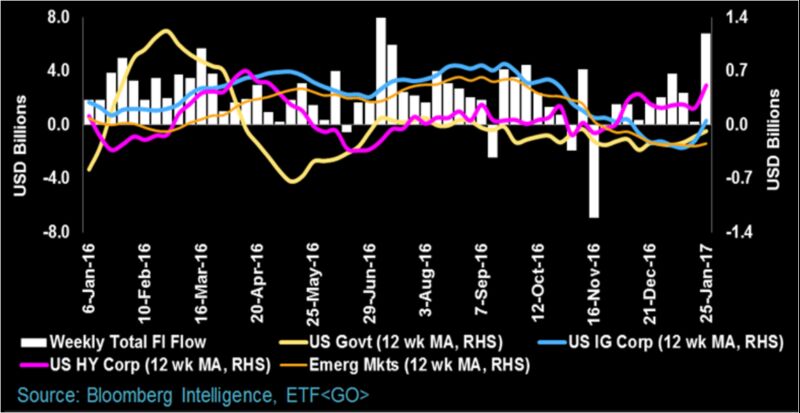 Firming trade data and the post-election rise in commodity prices have helped emerging market stocks and debt weather the Trump-driven disruption, after fears over U.S. protectionism and the negative impact of Federal Reserve rate hikes triggered a post-election rout in the asset class. 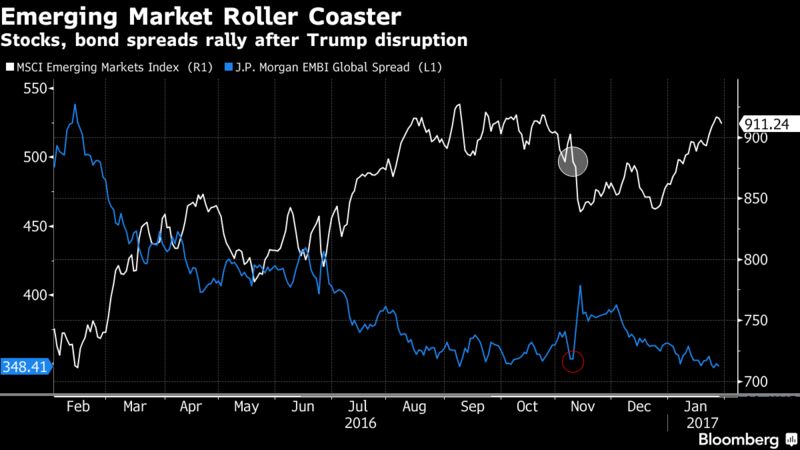 In sum, while some Trump trades have shown fatigue this year, investors remain positioned for risk-taking and reflation.