EghtesadOnline: U.S. stocks fell the most since the November election, while Treasuries advanced with gold as Donald Trump’s order on immigration raised concern that he may follow through with isolationist policies touted on the campaign trail, overshadowing a pro-growth agenda.

The Dow Jones Industrial Average lost more than 200 points before paring the slide in the final half hour of trading. It finished below 20,000 after closing at a record Thursday. The S&P 500 Index registered its biggest loss of the year, as Trump’s ban drew a rebuke from some Republican lawmakers, raising the specter of a rift between the executive and legislative branches. The dollar fell versus the yen and gold advanced as investors favored haven assets, Bloomberg reported. 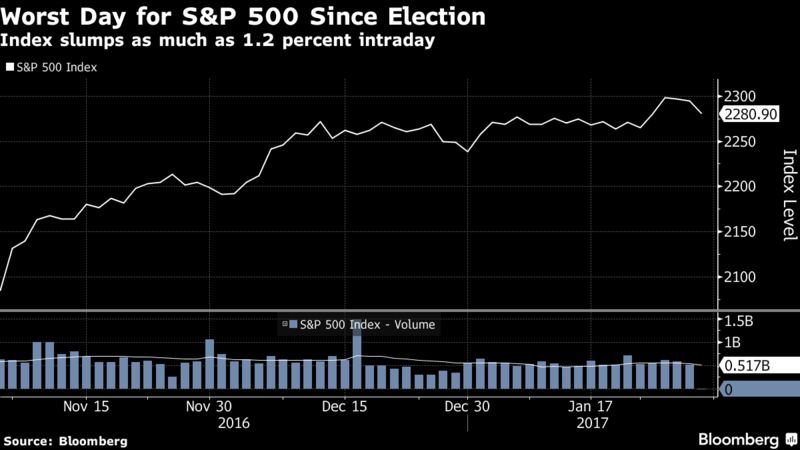 The selling of riskier assets Monday represented the biggest market rebuke yet to the new administration’s policy preferences after U.S. stocks had staged one of the best-ever post-election rallies on speculation Trump would pursue pro-growth policies. Instead, the focus in the administration’s early days has been on trade and immigration, with little clarity on tax and business reform. While Trump on Monday promised to do a “big number” on the financial regulations in Dodd-Frank, bank shares plunged the most since Jan. 17.

Here’s what’s coming up this week: