His “America First Energy Plan” posted on the White House website Friday doesn’t just echo his own campaign pledges but also President George W. Bush’s vow to cut imports from the Middle East when he famously said the nation was “addicted to oil.” Shipments from OPEC rose 10 percent during Bush’s time in office, Bloomberg reported.

It’s not an easy task. It would mean replacing about 3 million barrels a day of imports. That’s about three times as much as East Coast refineries consume. 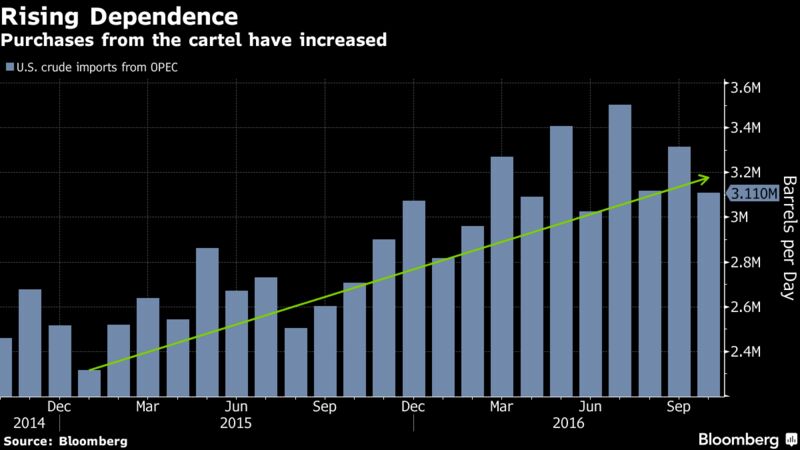 Saudi Arabia and Venezuela lead the pack of OPEC suppliers to the U.S. They account for more than half of U.S. imports from the 13-nation group. 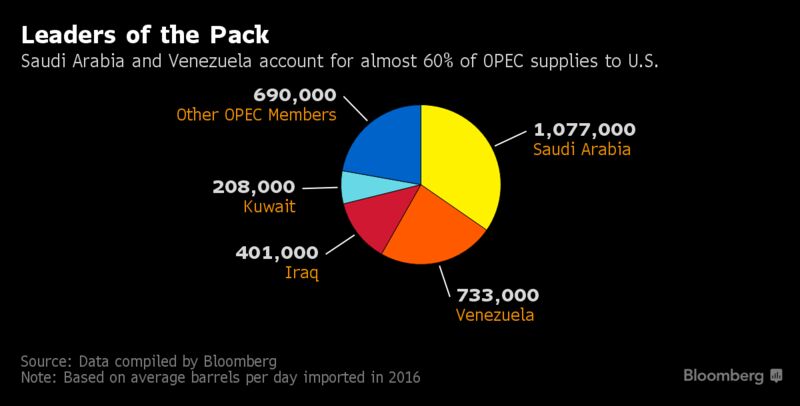 Bush said he would put the country on course to reduce oil imports from the Middle East by more than 75 percent by 2025. His bold statement evoked a reaction from leaders of the Organization of Petroleum Exporting Countries.

“We do believe that energy issues cannot be handled in a unilateral way,” said Edmund Daukoru, then-Nigerian minister of energy and secretary general of OPEC. “We all have to work together towards global energy security.”

President Trump’s goal may not be completely unobtainable as U.S. oil production has been on the rise and signs point toward possible energy independence. To achieve that, though, the country may need to reconsider a push for exports that was supported by Republicans. Since scrapping restriction on sales to countries other than Canada at the end of 2015, U.S. crude exports have risen to more than 700,000 barrels a day.

"He will take steps to increase energy output," Michael Lynch, president of Strategic Energy & Economic Research in Winchester, Massachusetts, said by phone. "Regardless of what he does, we are getting closer to energy independence." 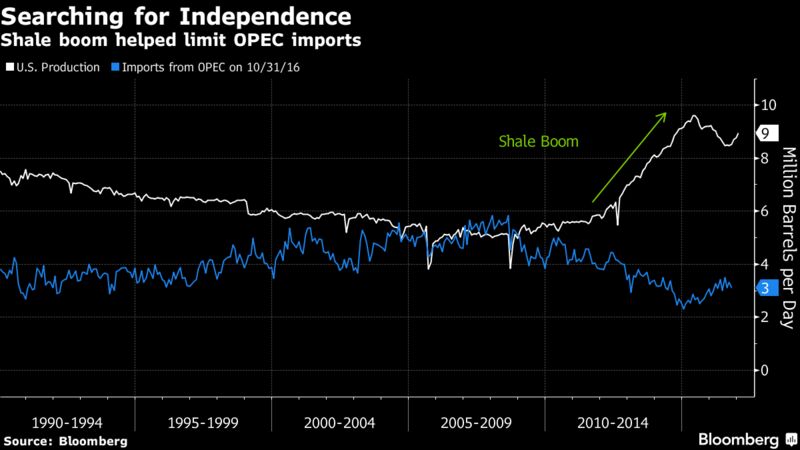 “Every president since Richard Nixon has promised to work for energy independence but most have done nothing,” Lynch said.