EghtesadOnline: U.S. stocks completed the fourth annual gain since 2011 on the longest losing streak since the election, while oil and gold posted the best yearly advances since at least that time. The dollar rose for a fourth straight year.

The S&P 500 Index cut its advance this year to 9.3 percent as a three-day slide left it at the lowest level since Dec. 6. The Dow Jones Industrial Average finished the year more than 250 points below 20,000 after climbing within 30 of the mark this week. Trading volume was at least 29 percent below the 30-day average. Treasuries retreated, with the 10-year yield adding 17 basis points in 2016. A measure of the dollar fell a second day, trimming its annual gain to below 3 percent. Gold jumped 8.2 percent for its first yearly climb since 2012. Oil futures added 45 percent in New York.

According to Bloomberg, the heady advances in multiple assets came after the year began on a sour note, with the MSCI World gauge tumbling 2 percent on the first day and U.S. equities notching the worst-ever start to a year. China-fueled turmoil sent stock markets from Tokyo to India into bear markets in the first two months of 2016. Oil reached a 13-year low while the dollar slid to its weakest level in a year -- all before June. The second half of the year saw that action reverse, as financial markets powered past the Brexit shock while Donald Trump’s presidential victory provided an unexpected boost to riskier assets.

“2016 was perhaps one of the biggest roller-coasters driven by political events,” said Dmitri Petrov, a strategist at Nomura International Plc in London. “It’s not so much the actual realized volatility of asset markets, but volatility of market view around the global macro and policy outlook that made it exceptional.” 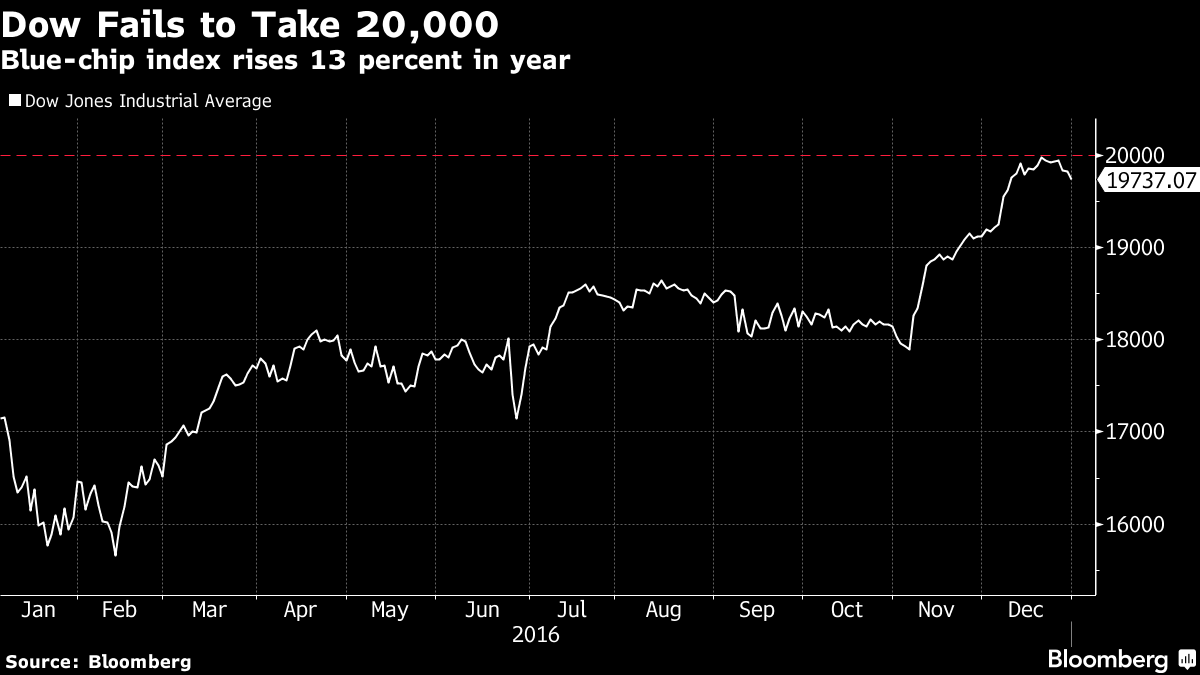