EghtesadOnline: U.S. stocks traded near a record high amid thin trading as oil posted its longest winning streak in four months. Treasuries fell amid soft demand in an auction of two-year notes.

The S&P 500 Index extended its monthly advance, with volume about 50 percent below the 30-day average. The Nasdaq Composite Index rose to its all-time high and the Dow Jones Industrial Average approached 20,000. Treasury yields rose the most in almost two weeks. Crude climbed for a seventh day as the market anticipates that output cuts from OPEC and non-OPEC producers will help speed the elimination of a supply glut, Bloomberg reported. 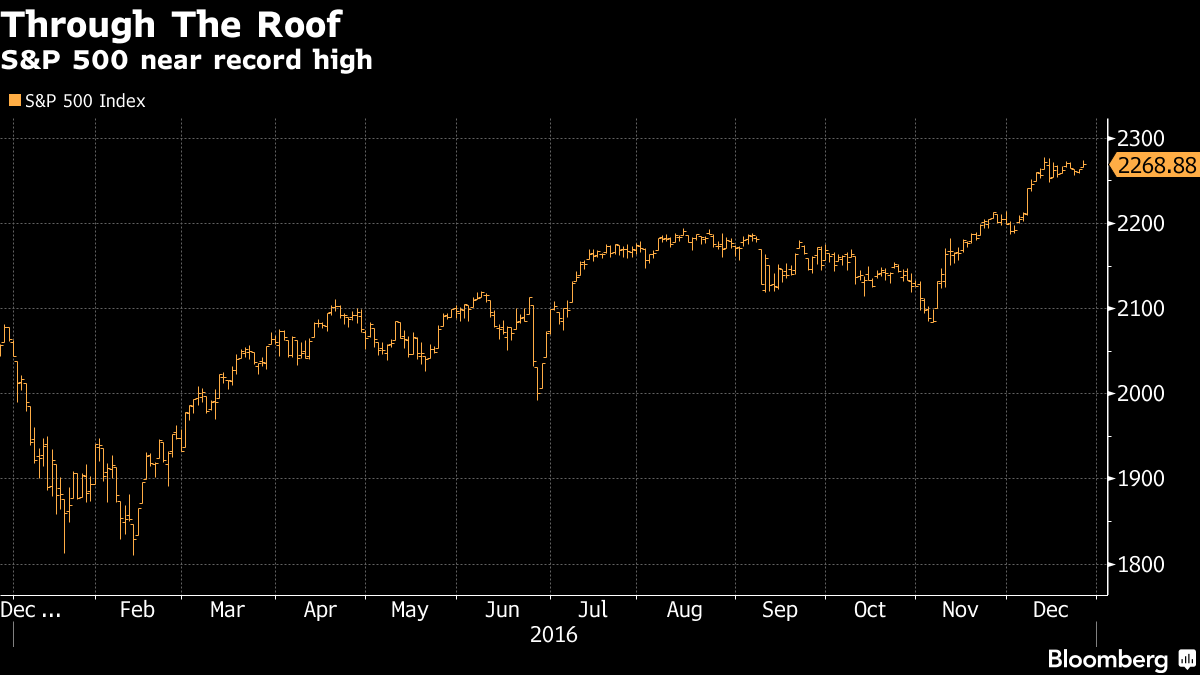 Volume is expected to be thin in the last week of trading for a volatile year. Investors have powered past shocks from the Brexit vote to Donald Trump’s presidential win, propelling U.S. equities to record highs, while the dollar jumped to a multi-year peak and crude climbed to the highest in 17 months. U.S. consumer confidence rose in December, economists forecast before a release on Tuesday.

“December was quite a run for markets, and now everyone is waiting to see whether the Dow Jones touches the 20,000 level,” said Benno Galliker, a trader at Luzerner Kantonalbank AG in Lucerne, Switzerland. “After such a run, everyone is a bit fearful whether we are the height of the market and we’ll see a correction or the rally will continue. We still need to see better earnings and the new President Trump doing the right thing in the first days of his term.”

In addition to the U.K., financial markets in Australia, New Zealand and Hong Kong remained shut on Tuesday.

oil prices US Treasuries US stocks