EghtesadOnline: U.S. stocks rose with equities in Europe, while bonds and gold retreated in a demonstration of financial markets’ resilience to recent geopolitical events as investors focus on the prospects for increased government spending in the U.S.

The Dow Jones Industrial Average rose within 60 points of 20,000, while the Stoxx Europe 600 Index reached its highest level of the year amid deal activity. Treasuries and gold reversed gains from Monday following a probable terror attack in Berlin and the killing of Russia’s envoy to Turkey. The yen approached the weakest since February versus the dollar after the central bank closed a tumultuous year for monetary policy by keeping its yield-curve and asset-purchase programs unchanged.

According to Bloomberg, markets have showed increasing immunity to terror incidents this year, with initial reactions to buy haven assets after attacks fading quickly. As trading volumes decrease before December holidays and year-end, investors may be loath to veer too far from the underlying market trends that have prevailed since the election of Donald Trump in November, namely favoring stocks and shunning bonds. A so-called fear gauge of volatility in European stocks was at the lowest since 2014. 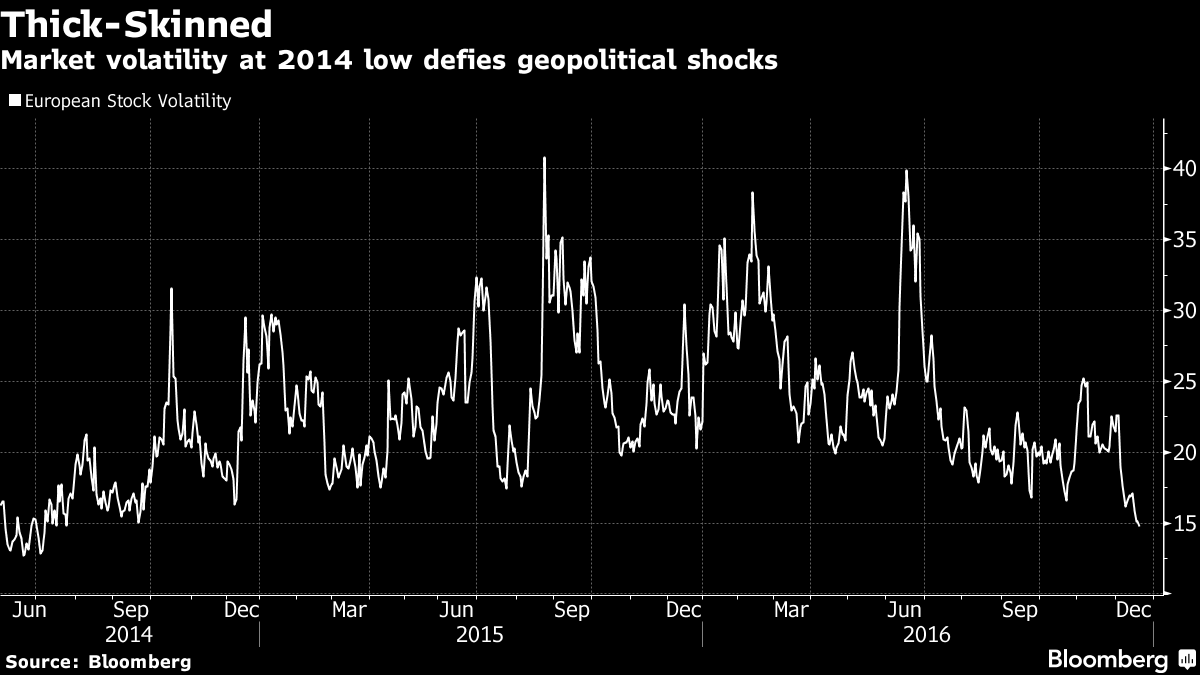