EghtesadOnline: Geopolitical tensions are back on the radar, helping spur haven demand for gold. The Pentagon demanded that China immediately return a U.S. Navy underwater drone captured in the South China Sea, sparking new friction in a region where China has sought increasing control. The S&P 500 Index of equities slipped.

Gold futures for February delivery gained as much as 1.2 percent to $1,143.20 an ounce, before settling at $1,137.40 at 1:41 p.m. on the Comex in New York. Prices still posted a sixth straight weekly loss, falling 2.1 percent, in the worst streak in more than a year, Bloomberg reported.

“Traders are always mindful of geopolitical events,” Bob Haberkorn, a senior market strategist at RJO Futures in Chicago, said in a telephone interview. “Geopolitical risks are bringing life back into gold.” 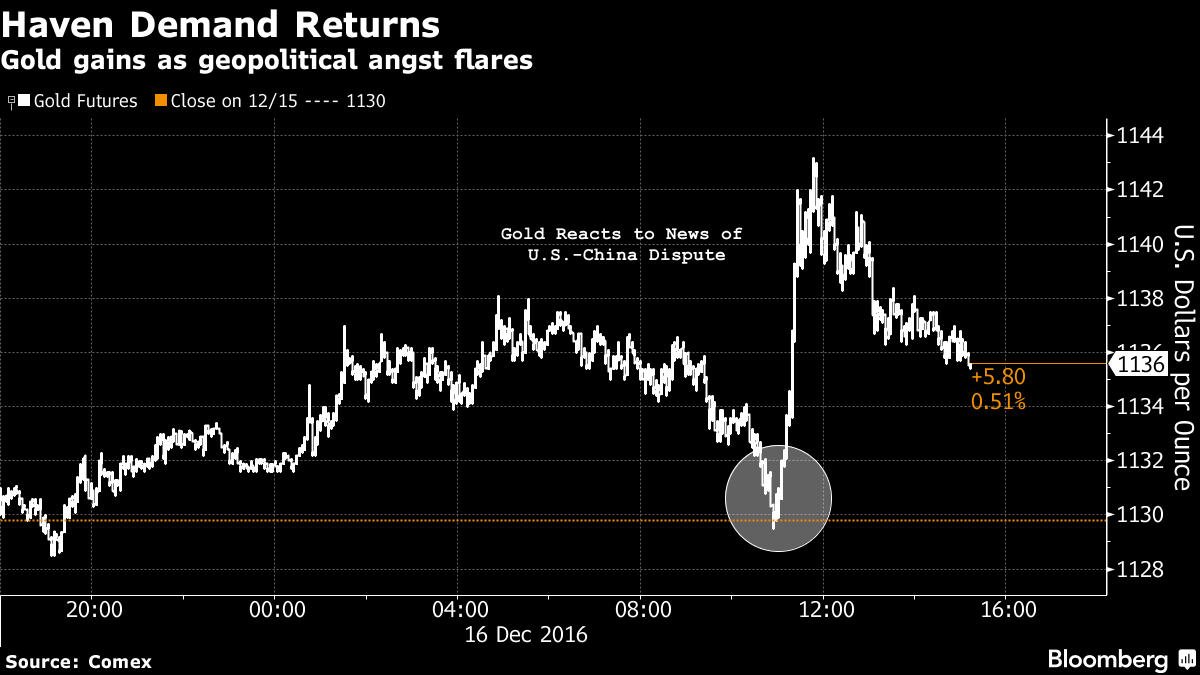 “The story will continue to always revert back to the Fed,” Haberkorn said.