EghtesadOnline: The dollar halted its weekly climb as investors weighed whether the currency’s surge amid the fallout from Wednesday’s Federal Reserve meeting had gone too far. Asian stocks advanced with gold.

The greenback fell against most major peers, slipping 0.3 percent against the euro after jumping to the strongest since 2003. Asian equities pared some of their weekly drop while European stocks were little changed in early trading. The yield on Treasuries due in a decade fell from a two-year high, snapping a six-day rising streak underpinned by the Fed’s more hawkish outlook for interest-rate increases next year. Gold trimmed its sixth weekly decline, according to Bloomberg. 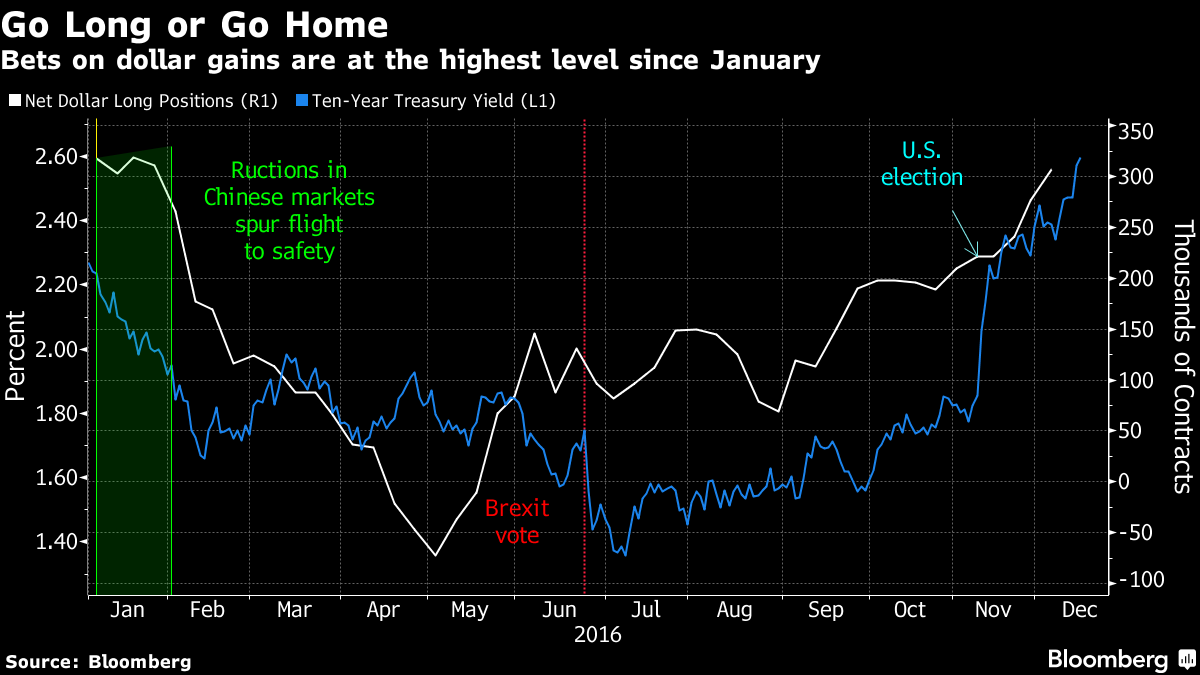 The Fed’s pivot toward hawkishness marks a shift away from central-bank policy dominating market sentiment, with the potential for an increase in fiscal stimulus now in focus. While stocks have rallied and debt has tumbled since Donald Trump’s election as U.S. president fueled bets on an uptick in spending, the Fed stands largely alone in actively tightening policy, fueling the dollar’s surge. The Bank of England kept its key rate at a record low Thursday, a week after the European Central Bank extended quantitative easing.

“The dollar weakness is just temporary in an otherwise very eventful week for the greenback,” said Qi Gao, a Singapore-based foreign-exchange strategist at Scotiabank. “It’s not a turnaround in the trend and we still expect the dollar to continue to strengthen.”