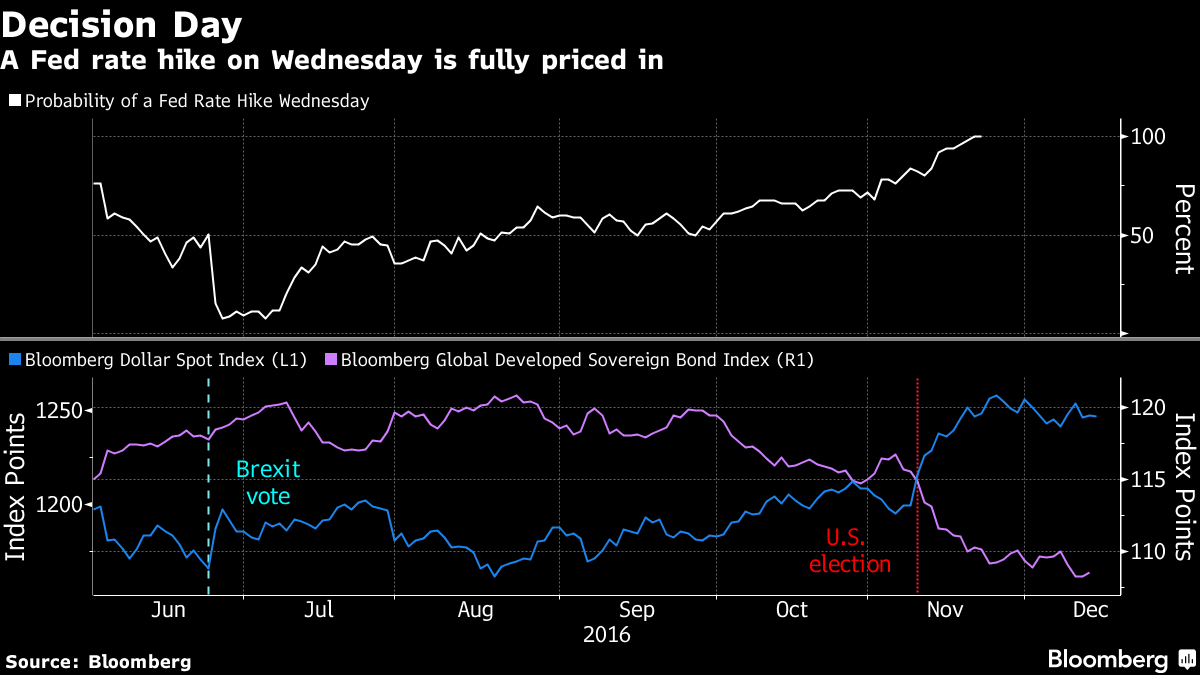 The Fed’s path to tighter monetary policy has been delayed throughout 2016, as first instability in Chinese markets, then the shock votes for Brexit and Donald Trump, put policy makers on the back foot. The U.S. central bank is expected to boost borrowing costs just as the focus shifts back to governments, with fiscal easing at the hands of incoming U.S. President Trump speculated to drive economic growth going forward. After Wednesday, traders see a two-in-three chance of additional rate increases from the Fed by June, futures show.

China’s broadest measure of new lending rose to 1.74 trillion yuan ($252 billion) in November, the biggest increase since March and topping the median estimate of 1.1 trillion yuan in a Bloomberg survey. Japan’s Tankan gauge of sentiment among large manufacturers came in as economists expected for the fourth quarter, rising to 10 from six in the previous period. India reported a 3.15 percent increase in wholesale prices for November.