Dow Heads for 20,000 as Stocks Rise, Gold Falls Ahead of Fed

EghtesadOnline: Global stocks advanced, sending the Dow Jones Industrial Average within 50 points of 20,000 on speculation that the Federal Reserve’s expected rate increase is a signal of confidence that the economy is strengthening. The dollar and Treasuries were little changed.

IBM Corp. and Intel Corp. led gains in the blue-chip index as it heads for a fresh record and the round-number milestone. The gauge has rallied 8.5 percent since the Nov. 8 election and now trades almost 7 percent higher than its average price for the past 50 days. Its relative-strength index stood at the highest level in two decades, a signal to technical analysts that the surge may have gone too far too soon, Bloomberg reported. 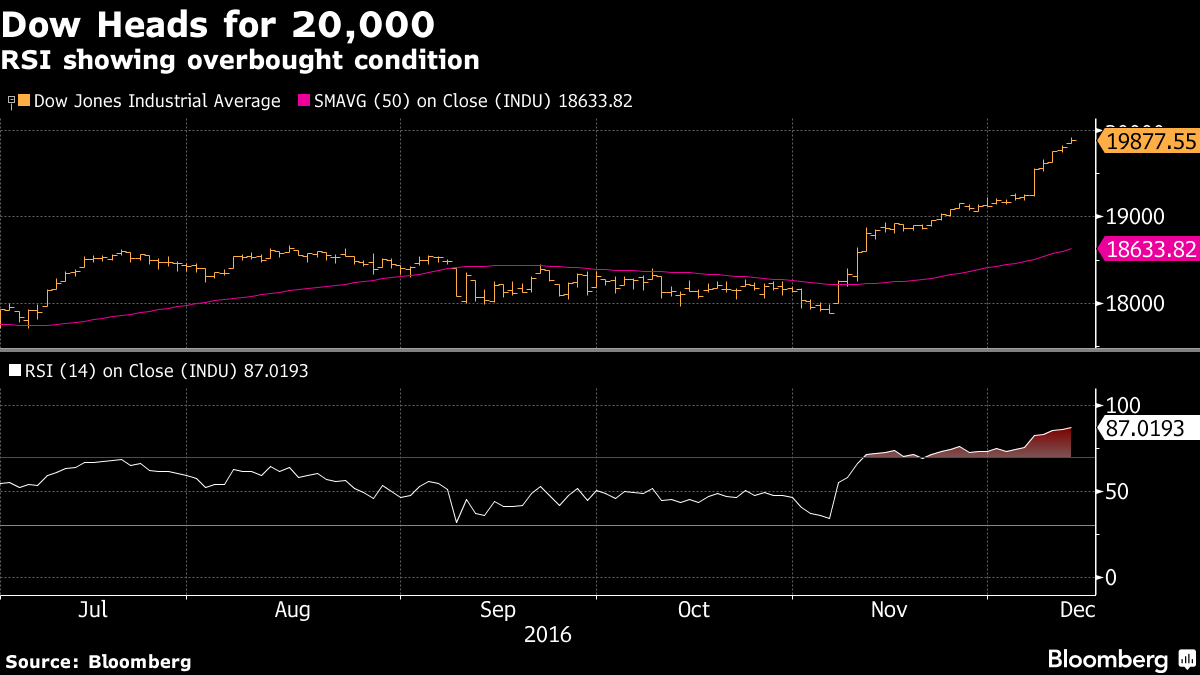 European stocks reached an 11-month high as Italy’s largest lender laid out plans to raise capital. Treasuries stabilized with the 10-year yield holding below 2.50 percent for a second day, while the dollar was little changed versus major currencies as the Fed begins a two-day policy meeting. Oil was set for its highest close since July 2015.

Speculation that fiscal easing in the U.S. will drive growth is pushing investors into stocks as governments take the baton from central banks that are starting to scale back a decade of stimulus. With the market assigning 100 percent odds to a Fed rate hike Wednesday, investors are focusing on the path for 2017, and see a two-in-three chance of additional tightening by June.

“There is a strong performance across all equity markets at the moment,” said Andrzej Pioch, who helps oversee $1.3 billion as a money manager at Legal & General Investment Management Ltd in London. “In European stocks there has been a reaction to more clarity coming from Italy. The hike tomorrow is largely priced in.”