EghtesadOnline: The Trump rally in stocks and expected interest rate increase at the Federal Reserve meeting next week is whipsawing traders in most asset classes who are searching for signs of where the markets are headed.

From volatility levels on the S&P 500 to Treasury yields versus German bunds, fundamentals are taking a back seat to trading patterns tied to beta and capital flows, Cantor Fitzgerald wrote in a report to clients on Thursday, according to Bloomberg.

Wall Street has a word for this conundrum: dislocation. 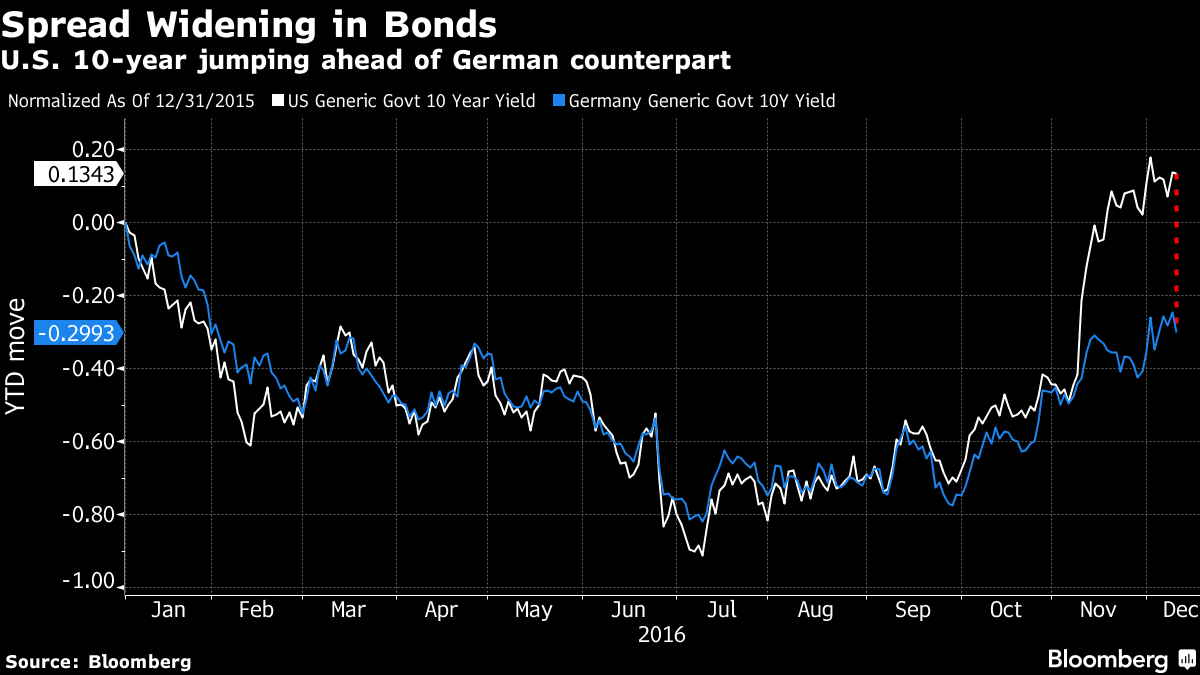 “A dislocation is to us when something is more than one standard deviation away from a model where there is a significant correlation,” said Peter Cecchini, Cantor’s chief market strategist, referencing the relationship between 10-year Treasuries and 10-year bunds. “The further the current value is from that model, you get more a divergence.”

This is driving financial markets to break out of patterns and create “dangerous imbalances” across asset classes, according to Cantor. Top of Cecchini’s mind is the spread that’s emerging between bond markets in the U.S. and Europe as the ECB extends its bond-buying program in 2017.

The U.S. 10-year bond currently trades at a yield of 2.39 percent while its German counterpart offers a 0.27 percent. According to Cecchini’s model, which plots the two against each other since the start of 2014 -- a time period reflective of the European Central Bank’s QE program -- that’s more than two standard deviations away from what one would expect, implying either the bund yield will increase or the Treasury yield will fall.

At the same time, Cecchini said, the spread between the two bonds can shed light on the value of the U.S. dollar. With the yields as far apart as they are, the dollar looks cheap. “As the rate differential between the 10-year and the bund widens, the dollar will be relatively better bid,” he said.

The behavior of the options market is also peculiar, Cantor noted. For every point gain in the S&P 500, futures on the VIX typically move down 1 percentage point. Yet, as the benchmark equity index added 0.2 percent Thursday after a decision by the European Central Bank to extend its bond-buying program, VIX futures expiring in December increased 0.8 percent. 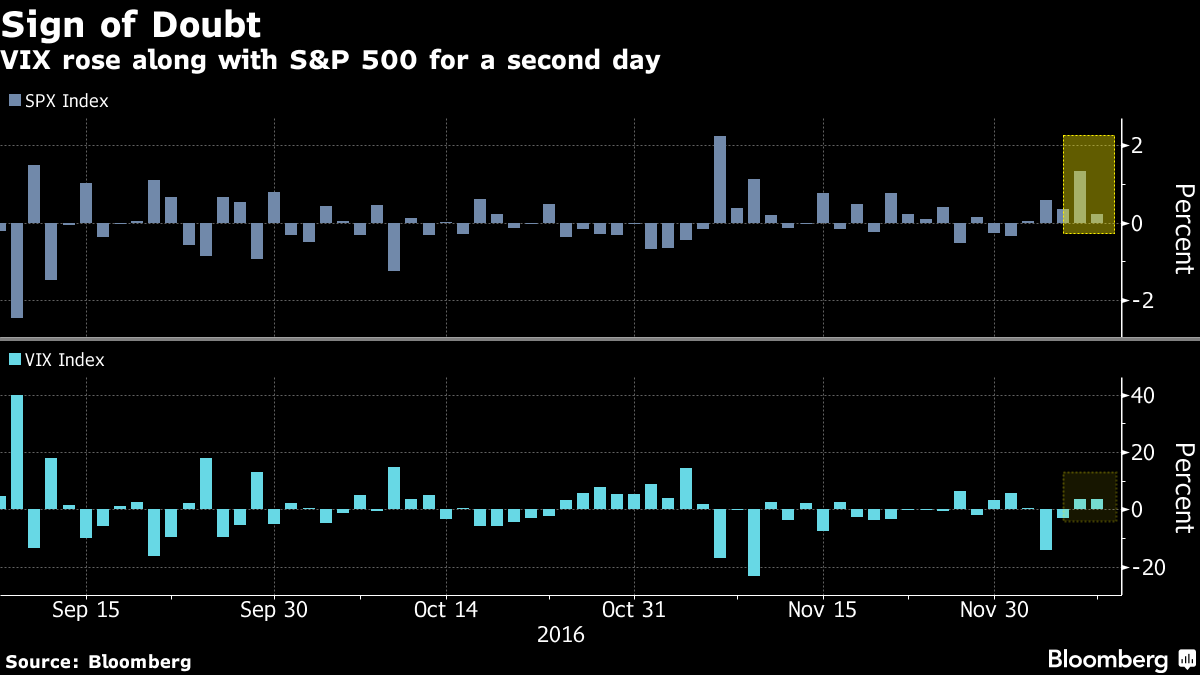 Cantor said such a pattern can happen when implied volatility is too low. Futures can’t seem to keep up as the S&P 500 Index climbs to all-time highs, breaking through level after level and causing fixed-strike implied volatility to rise.

And then there’s the strange pricing relationship between options in the S&P 500, which have a steep skew, and the Russell 2000, which are flat. To manage this dynamic, Cecchini advocates a strategy of selling a call spread on the small-cap index to buy put spreads on the benchmark gauge.

“A fundamental anchor remains the ultimate anchor,” Cantor wrote. “The farther from that anchor the markets drift, the more likely they are eventually to capsize.”