In a lawsuit, shareholders say Andreessen was advising Facebook's CEO when he was supposed to be representing investors.

EghtesadOnline: Earlier this year, Facebook Inc.'s Mark Zuckerberg came to his shareholders with a big question: would they approve him maintaining voting control of the company, even if he sells most of his stock?

The monumental shift would benefit Zuckerberg because it would let him sell shares to fund philanthropy, but it had the potential to harm investors by diluting their power over decision making. And before putting the vote to shareholders, Facebook's board had the power to influence the outcome, according to Bloomberg.

But their process was flawed, according to investor lawsuits filed in April against Facebook's board in Delaware's Chancery Court and recently unsealed. The company went through the motions of protecting minority shareholders, but one board member seemed more interested in protecting Zuckerberg himself, investors allege.

Zuckerberg has voting control among shareholders because his stock has most of the voting rights. He wanted to sell shares, but didn't want to lose his majority voting status. So he proposed setting up a new Facebook stock class. The new shares would automatically dilute the voting power of existing shareholders, because every share with voting power will split into three shares -- one that has power, and two that don't. In the new arrangement, the non-voting shares are less attractive as currency in acquisitions and may make it harder for the largest social-network provider to get tax benefits, among other issues. 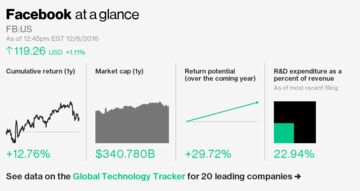 The question was put to a vote by shareholders, but there was never any doubt about the result. Since Zuckerberg has majority voting control of the company, what he favors wins the day. Zuckerberg's proposal won the vote, and he got his way: He can sell his stock and maintain voting control. The shareholders approved the creation of a new stock class. The only entity that had any power to affect the outcome was Facebook’s board, which had already weighed the issue months earlier, in his favor.

In August 2015, with the chief executive's blessing, Facebook's board set up a special committee, choosing the three directors who were least beholden to Zuckerberg or financially affected by the decision -- Susan Desmond-Hellmann, Marc Andreessen and Erskine Bowles -- to represent shareholders while weighing the matter, according to aregulatory filing.

But Andreessen, a venture capitalist at Andreessen Horowitz and a long-time Facebook board member, is a close Zuckerberg ally. While on the committee, Andreessen slipped Zuckerberg information about their progress and concerns, helping Zuckerberg negotiate against them, according to court documents. The documents include the transcripts of private texts between the two men, revealing the inner workings of the board of directors at a pivotal time for Facebook.

When the time came for the committee to ask Zuckerberg questions on a conference call, Andreessen warned the Facebook founder about what he would be asked before directors posed the questions. While the committee grilled Zuckerberg about why he wanted a special class of stock, Andreessen sent the CEO text messages to explain which of his arguments weren't working and why, according to messages quoted in court filings. During one March 4 call, Andreessen gave Zuckerberg live updates, both negative ("This line of argument is not helping. ☺") and positive ("NOW WE'RE COOKING WITH GAS"), according to texts provided by Facebook’s lawyers and cited in court filings.

"Andreessen even told Zuckerberg that he was working to protect Zuckerberg’s personal interests through the Special Committee process,'' according to the filings.

The plaintiffs suing Facebook's board include pension funds, like the Employee Retirement System for the city of Providence, Rhode Island, and individual investors. The cases have been consolidated before Delaware Chancery Court Judge Travis Laster.

A Facebook spokeswoman provided a statement saying: “Facebook is confident that the special committee engaged in a thorough and fair process to negotiate a proposal in the best interests of Facebook and its shareholders.” Desmond-Hellmann referred a request for comment to Facebook. Andreessen Horowitz said Andreessen could not comment on pending litigation. Through Facebook, Zuckerberg also declined to comment. Facebook is likely to argue that the texts were not part of a secret conversation, according to a person familiar with the matter.

If Andreessen played both sides of the negotiation, it means minority shareholder interests weren't properly represented by the committee, said Larry Hamermesh, a Widener University law professor who specializes in Delaware corporate-law and governance issues. Facebook is incorporated in Delaware.

"The whole point of setting up a special committee is to be independent from the controller,'' who in this case is Zuckerberg, Hamermesh said.

But in Silicon Valley, sometimes the conventional setups for companies don't work. Keeping a controlling and visionary founder happy can lead to the high-risk, high-reward bets that keep companies thriving, said David Larcker, a legal professor focusing on corporate governance at Stanford's Graduate School of Business.

"Silicon Valley is a pretty networked place," Larcker said. "People know each other, have done deals together -- but it doesn't mean that governance is out of control or it's the Wild West or something. It could be the case that what the board is doing is actually accretive to shareholders." Zuckerberg's chats with Andreessen may just be "part of the dialogue" needed to evaluate the proposal, he said.

Andreessen has been caught up in conflict-of-interest controversies before. He stepped off the board of eBay in March 2014 after public battles with Carl Icahn, an activist investor who pushed for the company to split with PayPal, its payments unit. Andreessen had invested in companies that competed with PayPal, but disputed all accusations of a conflict of interest. In the same year, Facebook bought Oculus, a virtual reality company, that Andreessen's firm was an investor in, too. Andreessen has said he recuses himself from both sides of acquisition discussions that involve his investments.

Andreessen, 45, met Zuckerberg, 32, shortly after the younger man founded Facebook. As co-founder of Netscape, which made the first widely used web browser, Andreessen felt a kinship with Zuckerberg, becoming an adviser to him. When they met, Zuckerberg, new to Silicon Valley, didn't know what Netscape was. The mentoring relationship evolved into business, with Andreessen taking a board seat, and his firm picking up Facebook stock before its initial public offering. Andreessen's messages, as shown in the lawsuit, depict a friendship: assurances that he has Zuckerberg's back, punctuated by smiley faces.

Most of Andreessen's texts to Zuckerberg during the negotiations over the non-voting shares focused on how to talk to the other two committee members. Susan Desmond-Hellmann, Facebook's lead independent director and chief executive officer of the Bill & Melinda Gates Foundation, also led the special committee and discussed the matter on its behalf with Zuckerberg personally -- a call that Andreessen helped Zuckerberg prepare for.

Bowles, former President Bill Clinton's chief of staff and past president of the University of North Carolina system, was especially skeptical of Zuckerberg's proposition, as depicted in the suit. Many of Andreessen's texts focused on persuading him. Among other things, Bowles worried that one of the concessions Zuckerberg wanted -- to allow the billionaire to serve two years in government without losing control of Facebook -- would look particularly irresponsible, according to court filings. Bowles did not respond to requests for comment.

Andreessen texted Zuckerberg in early March ahead of a call with the committee, telling him he would have to figure out "how to define the gov’t service thing without freaking out shareholders that you are losing commitment.''

Bowles remained unconvinced, Andreessen wrote Zuckerberg later that month. "Erskine is just massively uncomfortable with you getting to low economic ownership and then going off on leave with no involvement by the board and retaining control,'' he wrote. "We rediscuss it on every call ... I’m going to try to drag it over the line one more time. ☺ ''

Andreessen sought to persuade Bowles that if Zuckerberg went into politics, the government would likely require him to give up control of Facebook anyway, so the point was moot, according to the documents. A couple weeks later, Andreessen prevailed, and the vote was brought to shareholders. (The stock reclassification is on hold pending the results of the lawsuit, though.)

"The cat's in the bag and the bag's in the river,'' he messaged Zuckerberg. "Does that mean the cat's dead?" Zuckerberg texted back, not understanding the spy speak.