Oil Jumps Most Since February on OPEC Deal as Treasuries Retreat

EghtesadOnline: Crude oil surged as OPEC ministers forged a deal to reduce production, igniting a rally in global energy stocks. Meanwhile, Treasuries fell and the dollar extended its advance as a private report showed U.S. companies hired faster than was forecast in November.

According to Bloomberg, oil prices rallied the most in nine months as major producers agreed to cut output for the first time in eight years. Exxon Mobil Corp. and Chevron Corp. climbed as a measure of energy stocks globally jumped the most since January. Goldman Sachs Group Inc. also advanced, while losses in utilities and technology shares weighed on the S&P 500 Index. The dollar rebounded, reaching an eight-month high versus the yen as gold slid and 10-year Treasury yields gained nine basis points. Industrial metals resumed their rally. 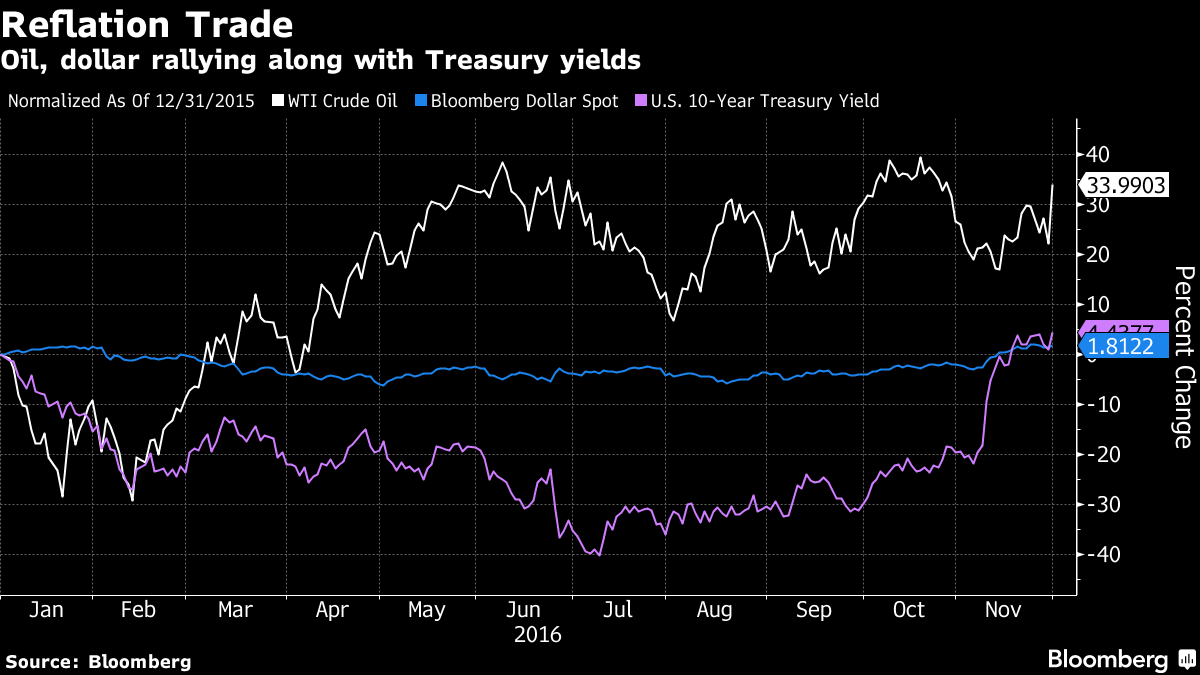 The OPEC deal, which until Wednesday’s meeting had looked to be in peril, removed an element of uncertainty in markets, leaving investors to revert to speculating over the fate of U.S. monetary policy and President-elect Donald Trump’s spending plans. Raising expectations for Friday’s government payrolls data, the ADP Research Institute said companies added the most workers since June, 46,000 more than economists had forecast. Bets on a December interest-rate hike from the Federal Reserve have been ratcheted up since Trump’s victory, amid increased confidence in the U.S. economic outlook.

“Today is a continuation of what we’ve been seeing - higher inflation expectations,” said James Gaul, a portfolio manager at Boston Advisors LLC, which oversees $4.5 billion. Friday’s “payrolls data is going to be watched through the lens of the Fed,” he added. “So long as there are no massive surprises to the downside, then the expectation the Fed is going to raise rates in December will remain in place.”