The two-day event has been organized by Donya-e-Eqtesad Media Group, the parent company of Financial Tribune.

Steel and mining industry veterans get together on the occasion to discuss challenges and opportunities ahead.

Notable foreign guests who will also address the conference include Joachin Schroder, CEO of Research Consulting Group, Dennis Matos from Sarralle Group, and Oksana Golovko, a representative of Metal Export.

A specialized forum has been scheduled for the evening to survey the current state and outlook of Iran's steel industry, as the country has come under stringent US sanctions. 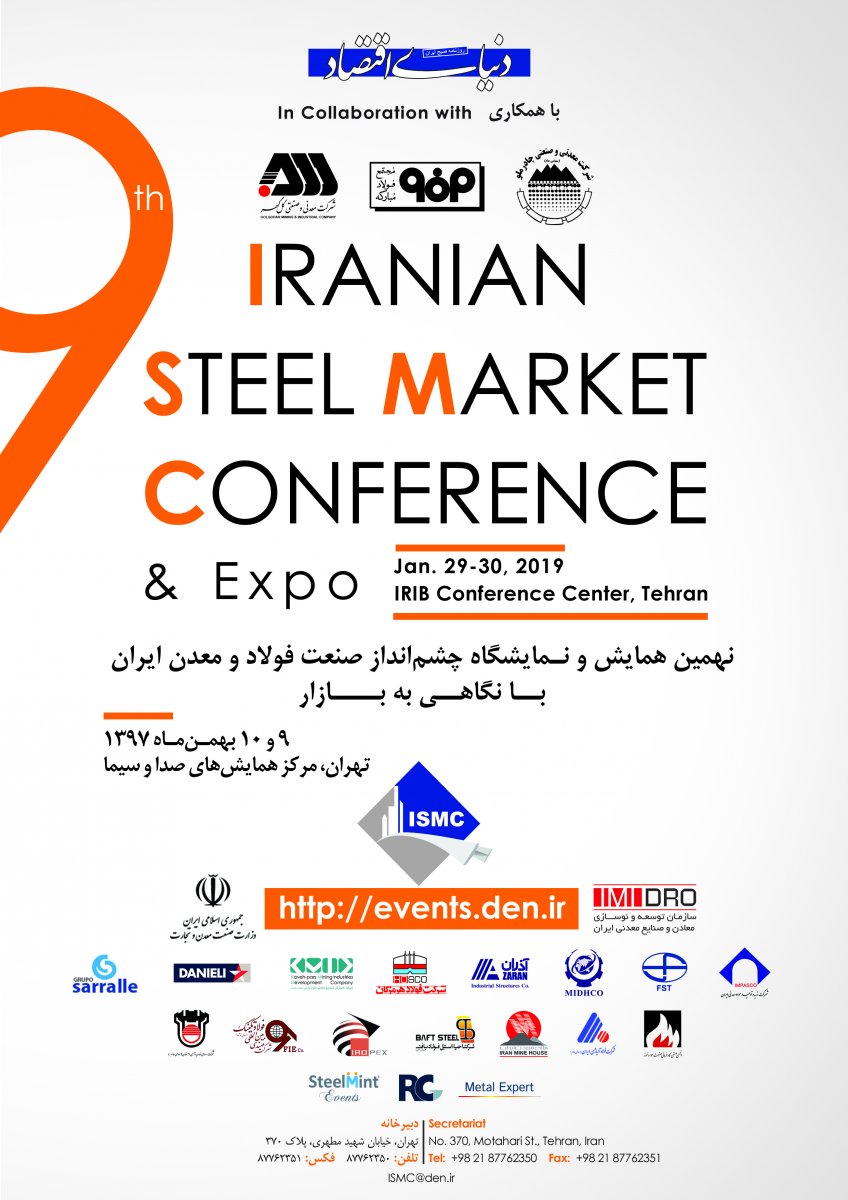 UK-based analysts in Fastmarkets say the new round of US sanctions against Iran are expected to cut Iranian steel exports, which will gradually lower steel output.

Although the move is now largely directed at the country’s oil industry and banking system, it is still expected to aggravate the situation in the Iranian export steel market, which had already been struck by the previous set of sanctions imposed by US President Donald Trump’s administration in early August.

The latest round of sanctions was enforced in November.

Trump announced his decision to pull out of the nuclear deals Iran signed with world powers, including the United States, in May.

Shipping problems are said to be the major issue at present.

Under the circumstances, Iranian steel exporters have had to cut prices significantly to attract customers and compensate for the risks involved in trade with the country.

The suggested themes of ISMC 2019 include:

• Significance of development of exploration and extraction to complete the chain of steel production;

• Challenges associated with the fluctuations of foreign currency exchange rates and their impact on production, supply and demand;

• Human resources, their training and empowerment, as well as their productivity; and