EghtesadOnline: Global insurers are taking stock of how the U.S. withdrawal from an international agreement to deny Tehran nuclear weapons, and threatened sanctions against companies that do business with Iran, could affect them.

Insurance broker Arthur J. Gallagher & Co (AJG.N) said on Friday it will continue to monitor developments following the U.S. withdrawal from the Iran deal, while Zurich-based Swiss Re (SRENH.S) said it is “assessing the impact” of the U.S. decision on its business.

Arthur J. Gallagher (AJG), based in Rolling Meadows, Illinois, has British and Norwegian subsidiaries that have brokered insurance and advised clients on activities related to Iran’s oil and gas industry, as recently as the 2018 first quarter, according to a filing, Reuters reported.

The move has spurred global insurers and other companies to rethink their dealings in Iran as they await further guidance from the United States and European Union.

AJG subsidiaries have helped clients obtain insurance and reinsurance for a variety of activities in Iran. They include transporting oil and gas to and from Iran and operating vessels that provide support to offshore oil platforms that supply Iran with oil, according to the filing.

“Whatever the decision from the U.S. administration, we will take appropriate action in compliance with all applicable laws as is our customary practice,” an AJG spokeswoman said. 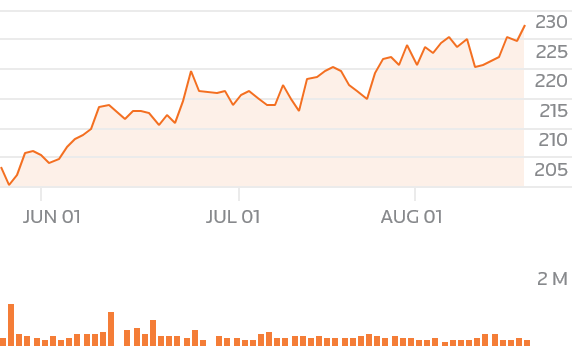 On Tuesday, German insurer Allianz (ALVG.DE) said it was preparing to wind down Iran-related business due to possible U.S. sanctions.

“We are analyzing our portfolio to identify Iran-related business,” an Allianz spokesman said in an e-mailed statement, calling it “totally minimal.”

Allianz is also “waiting for and will consider any guidance that the EU and the German government may provide,” he added.

“This analysis is ongoing and we are developing wind down plans for relevant business to ensure appropriate termination within the defined periods,” the spokesman said.

A Lloyd’s of London spokesman, on May 10, said the company is also reviewing the implication of “re-imposition of previously suspended U.S. sanctions against Iran and will issue guidance to the Lloyd’s market in due course.”