How Europe Could Save Iran Nuclear Agreement

EghtesadOnline: Foreign ministers from Germany, France and the UK on Monday will meet with Iranian officials to save the multilateral Iran nuclear agreement strung together by former US president, Barack Obama, and breached unilaterally by US President Donald Trump.

Salvaging the agreement would be just the first step in a drawn-out process that could require government financing and threats of freezing US assets to allow European companies to keep doing business with Iran, reads an article published by leading German business newspaper Handelsblatt. The full text follows:

Europeans generate nearly 10 times more revenue in the Middle Eastern country than their American counterparts. Pan-European Airbus, for example, recently delivered three aircraft as part of a 100-plane order, but that deal is now in question. The problem: It could face stiff US penalties should it continue fulfilling the contract. 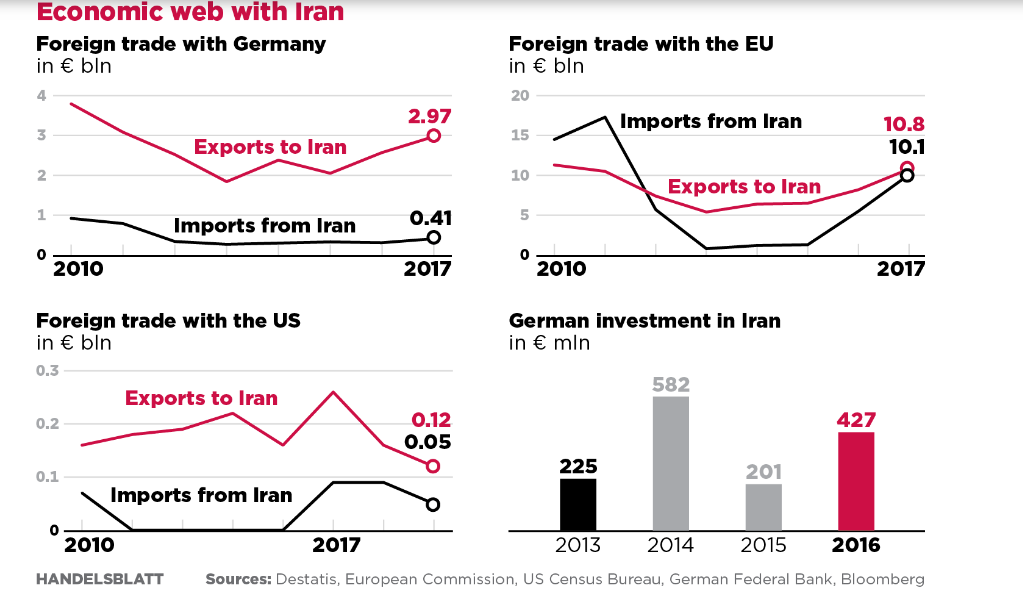 “German companies must carefully check if they can continue the business relationships with Iran,” said Alexander Cappel, a Frankfurt attorney with Clifford Chance.

Threats of sanctions against German companies are not empty. During the last Iran embargo, Frankfurt’s Commerzbank had to pay a €1.45 billion fine for financing activities in Iran and Sudan.

However, there is a possible solution. The European Investment Bank could finance European business jaunts into Iran with the help of the euro, eliminating any US role.

Italy has already passed legislation that will allow Rome to finance Italian-Iranian projects and France is considering similar legislation. For now, European companies are hoping to win exemptions from Washington.

The EU is also preparing what’s known as a blocking regulation, which prohibits European businesses from complying with US sanctions. The statute says Europe won’t recognize any US legal rulings based on the sanctions and can even call for the tit-for-tat freezing of US assets in Europe for fines levied against European businesses.

In the past, Europe threatened blocking statutes over American sanctions on both Iran and Cuba, but has never had to follow through, as the US always backed down. Putting them into place would open a new front in the EU-US trade war.

German Economics Minister Peter Altmaier told broadcaster Deutschlandfunk that his ministry was willing to meet with German businesses to figure out ways to circumvent US sanctions, though he was also cautious.

“We must avoid entering a spiral of escalation,” Altmaier said.

Richard Grenell, the new US ambassador to Germany, continued his outspoken calls for German businesses to halt Iranian activities. In an interview with tabloid Bild, he said the EU itself had acknowledged Iran as a security threat.

“Do they want to do business with a threat?” he said.

After the withdrawal from the Paris climate agreement, the threat of punitive tariffs and the unilateral relocation of the US embassy to Beit-ul-Moqaddas, trans-Atlantic relations are now at their lowest point since the US invaded Iraq in 2003. But some in Brussels welcome the rift. They hope it will accelerate the emergence of an independent European foreign and security policy.

What they’re forgetting is that they would need a strong German army to back up that policy. But even as the German Army crumbles, Chancellor Angela Merkel’s coalition government is moving away from—instead of toward—the NATO goal of spending 2% of GDP on defense.