EghtesadOnline: U.S. stock futures rose, extending gains a third day as investors took heart from a solid start to the earnings season and signs of improving relations between America and North Korea. The pound slumped on disappointing inflation data.

The U.S. gains followed sweeping increases across Asian equities, though shares in Europe fluctuated in the wake of a jump on Tuesday. Contracts for the S&P 500 got a boost when Morgan Stanley became the latest lender to post upbeat results. The dollar was steady as several major peers had a challenging day, with the Swiss franc deepening declines and Europe’s common currency briefly wobbling after euro-area inflation data was revised downward. It later recovered, but sterling dropped as U.K. price growth slowed to the weakest level in a year. Treasuries edged lower and European bonds were mixed, according to Bloomberg. 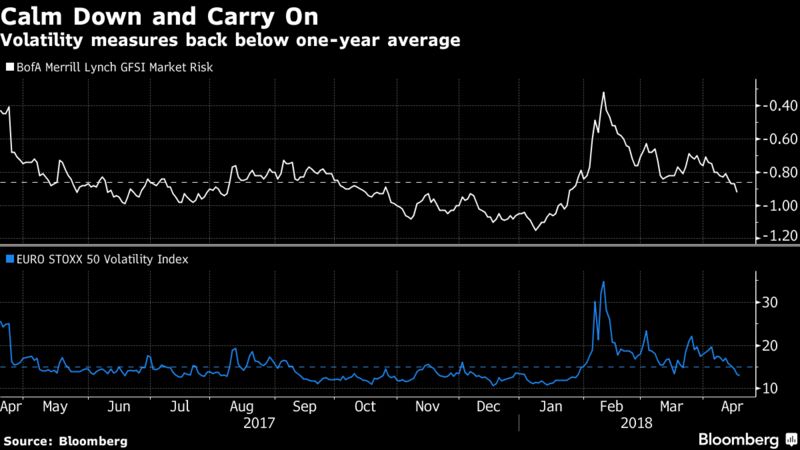 There’s once again no shortage of catalysts for investors across the globe, from corporate fundamentals and geopolitics to simmering trade tensions and growth concerns. For now the bulls appear to have the upper hand as the earnings season ramps up and the U.S. says it’s already started direct talks with North Korea. Separately, Russian leader Vladimir Putin was said to be seeking to dial down tensions with America.

Still, nickel surged to the highest in more than three years on the London Metal Exchange on worries that the metal used in stainless steel could be caught in the crossfire of any further sanctions against Russia. West Texas crude rallied amid the tensions and after a drop in U.S. inventories.

Earlier in Asia, Japanese shares outperformed amid gains across the region, boosted by a drop in the yen as President Donald Trump met Japanese Prime Minister Shinzo Abe. China’s 10-year bond yield tumbled after the People’s Bank of China cut the reserve-requirement ratio for banks, part of its efforts to support credit amid a crackdown on shadow lending. Lenders in the country advanced. But automakers fell after the government moved to allow foreign players to take full ownership of their local ventures.