Appetite for risk returned, lifting shares across the region with those in Hong Kong outperforming. Chinese equity markets reopened with gains after a holiday. Markets showed little reaction to a missile attack on a Syrian airbase as a Pentagon spokesman said it wasn’t conducting airstrikes. The yen fluctuated ahead of remarks Monday by Bank of Japan Governor Haruhiko Kuroda at the start of his second term. While Friday’s sell-off left U.S. stocks teetering on a key support level, futures on the S&P 500 Index rebounded, according to Bloomberg. 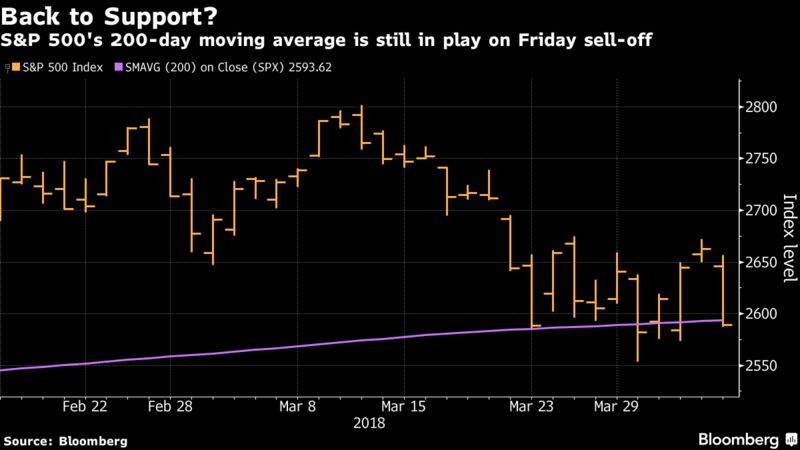 Trade remained at the forefront of investors minds as President Donald Trump said Beijing will relax its restrictions “because it’s the right thing to do,” and added that deals will be made on tax reciprocity and intellectual property. Attention now turns to China’s Boao Forum, where President Xi Jinping is among senior officials scheduled to speak.

Elsewhere, oil pared losses as hedge funds cut bullish bets amid the escalating trade conflict. Aluminum on the London Metal Exchange extended a rally for a fourth day after U.S. sanctions on Russia.

Here’s what is coming up this week: