EghtesadOnline: Bitcoin pared its gains rather than break above $10,000, triggering a selloff in other large digital coins.

The largest cryptocurrency was up 4.5 percent to $9,701 as of 9:06 a.m. in New York, after halting a march higher when it came within 0.3 percent of the resistance level. Ripple erased its increase, while Ethereum and Litecoin retreated from advances of as much as 15 percent, Bloomberg reported. 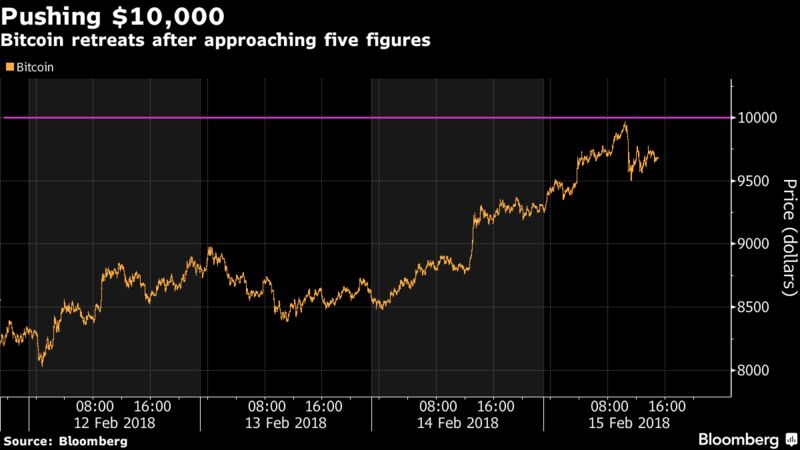 Even with the pullback, Bitcoin is holding onto gains for a seventh time in eight weekday sessions, a feat it hasn’t achieved since early December. Optimism for cryptocurrencies this week coincides with a rebound in global stock markets.

Digital coins appear to be taking in stride the latest reports of hacking and suspected fraud at firms holding the assets.