EghtesadOnline: The global stock rally marched ahead to reverse more of this month’s correction as investors took in stride a jump in benchmark Treasury yields. S&P 500 equity-index futures rose, the dollar fell for a fifth day and the yen advanced.

The Stoxx Europe 600 Index took its cue from higher Asian equities to advance for a second day. The yield on 10-year Treasuries climbed for a second day and held above 2.9 percent. Metal prices were mixed, while South Africa’s rand traded at its strongest level in almost three years after President Jacob Zuma resigned. The dollar dropped against most major currencies.

According to Bloomberg, stock investors brushed off a report showing U.S. consumer prices rose in January more than projected even as bond traders increased their expectations for the number of Federal Reserve interest-rate hikes to four by the end of next year. The inflation figures and the dollar’s drop gave rise to investor debate on the breakdown in the greenback’s correlation to interest rates, as currency investors focused instead on the U.S.’s twin deficits.

Stocks remain cheap relative to bonds and won’t be affected by higher long-term interest rates as long as the 10-year Treasury yield stays below 4 percent, according to Gina Martin Adams and Peter Chung, equity strategists at Bloomberg Intelligence. 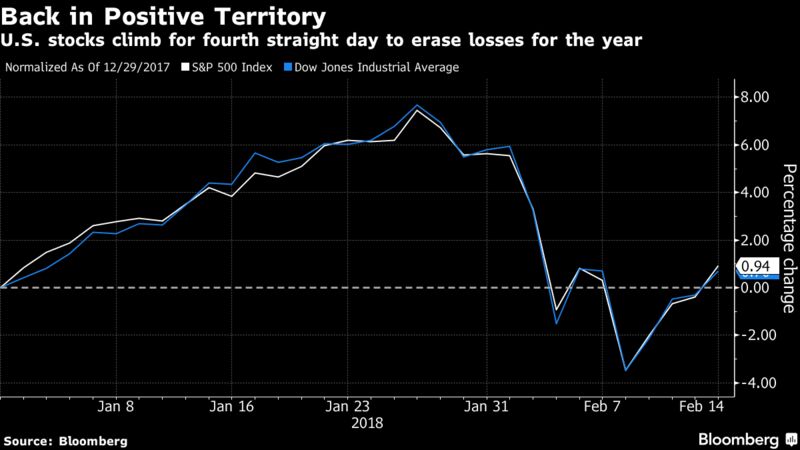