EghtesadOnline: Investors got a reprieve from the rout in stocks and the worst volatility spike since 2015, with equities rising in Europe and Asia. S&P 500 futures rose, while the dollar and Treasuries fell amid concern President Donald Trump’s budget proposal will drop his party’s goal to balance the budget in 10 years.

Traders however remained on edge following tumultuous moves in equities last week, which saw the S&P 500 post its worst week in two years with a 5.2 percent decline on fears over interest rate hikes. The Cboe Volatility Index dropped on Monday after an almost three-fold jump since late January week when the turbulence erupted, according to Bloomberg. 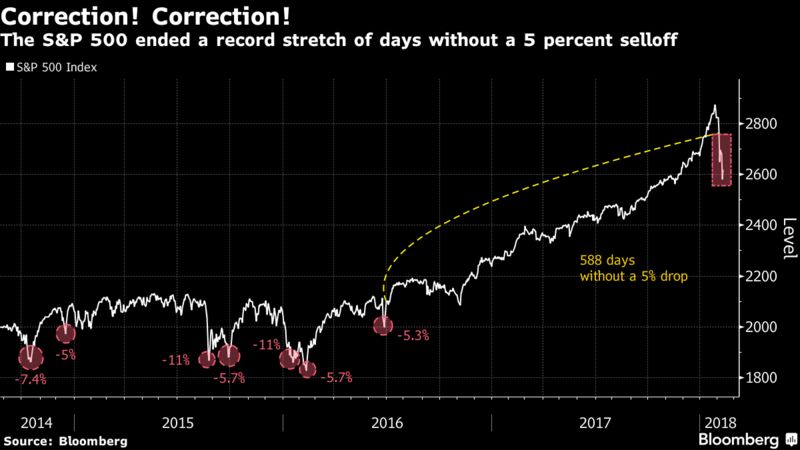 Investors are awaiting U.S. consumer-price data on Wednesday with some trepidation. Pressure on equities has been emanating from the Treasury market and in the outlook for inflation. Ten-year Treasury yields climbed on Monday, touching a fresh four-year high amid concern the Federal Reserve may accelerate its rate-hike schedule.

Asian stocks were buoyed by the attempts to thaw the tensions on the Korean Peninsula. Vice President Mike Pence told the Washington Post the U.S. is ready to engage in talks about North Korea’s nuclear program, signaling a shift in policy. The won outperformed major currencies.