EghtesadOnline: There was no respite for the dollar on Wednesday, with the greenback extending the decline that’s taken it to the lowest level in three years. U.S. stock futures advanced and European equities slipped after a mixed session in Asia, and gold added to recent gains.

The dollar slid against almost all its major peers, taking its losing streak to three days as U.S. Treasury Secretary Steven Mnuchin said the decline provides a boost to the American economy through trade. The move happened even as the yield on 10-year Treasuries edged higher, tracked by those of most European government bonds as data showed the euro-area economy strengthened further at the start of 2018, according to Bloomberg.

Investors will now likely shift attention to Thursday’s European Central Bank meeting, while they keep an eye on Davos, Switzerland, where the world’s business and political elites have gathered for an annual conference that will feature the leaders of the U.S., U.K. and Germany among others. The dollar remains a key focus as traders increasingly cite concerns about a widening U.S. trade deficit that’s been highlighted by President Donald Trump’s protectionist moves.

“We’re looking for the dollar to continue to depreciate against most currencies,” Daniel Morris, a senior investment strategist with BNP Paribas Asset Management, said in an interview with Bloomberg Television. “The U.S. economy has a current-account deficit and it needs to close that -- one way to do that is for the dollar to depreciate.” 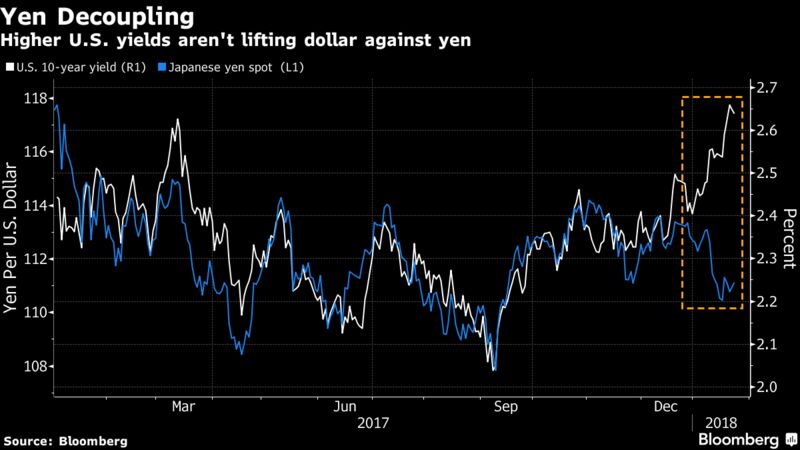