EghtesadOnline: The dollar declined and Treasuries halted a recent selloff as investors assessed the impact of the U.S. government’s partial shutdown. European and Asian equities were mixed.

The greenback edged lower against most major currencies as the disruption to federal services dragged into a third day. The euro climbed on optimism that German Chancellor Angela Merkel has made a potential breakthrough toward a fourth term. Traders monitored China’s appetite for a stronger currency as the yuan touched the symbolically key level of 6.4 per dollar. South Africa’s rand rose to its highest since 2015 on speculation President Jacob Zuma may be forced to leave office. U.S. stock futures fell, Bloomberg reported. 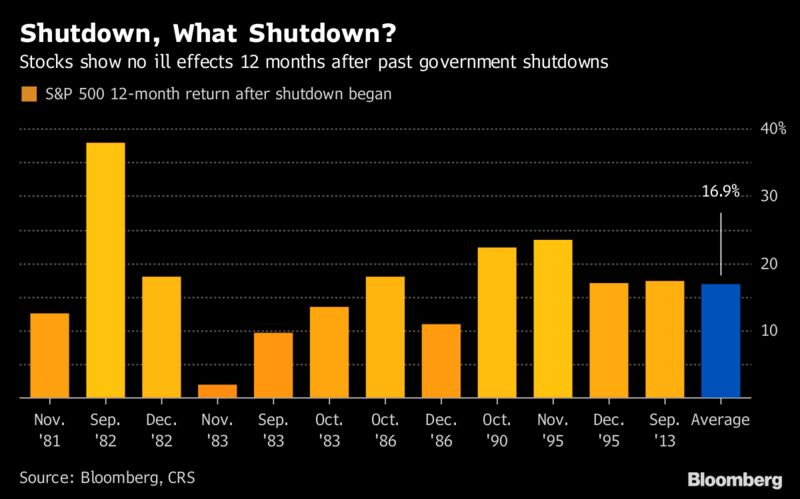 “Due to the limited economic impact, markets should be largely unaffected,” by the government shutdown, said Poul Kristensen, portfolio manager at New York Life Investment Management. “If there is a little pullback, we believe it will be a buying opportunity. The last time the government shut down in 2013, markets moved higher.”

Equity investors appear to have taken the latest U.S. government drama in their strideas the optimism over economic growth and profit increases that pushed many stock indexes to all-time highs lingers. Meanwhile, the next catalyst for bonds may come from commentary by policy makers after European and Japanese central bank decisions this week. Their signals that unprecedented stimulus will soon be wound back has sparked a surge in yields this month.

Elsewhere, West Texas oil edged lower, reversing earlier gains made after OPEC and Russia said output cuts will continue until the end of the year.