EghtesadOnline: Stocks fluctuated and bonds advanced amid a cautious start to the week for markets, with the euro and dollar slipping as President Donald Trump tackled trade on his Asia tour. A crackdown on corruption in Saudi Arabia spurred oil.

The Stoxx Europe 600 Index swung between gains and losses, even as a European purchasing managers index indicated strong momentum at the start of the fourth quarter. Basic resource shares outperformed as the Bloomberg Commodity Index rose to the highest since March, but they were offset by retreating banks and telecom companies. News out of Asia was a dominant theme for many assets, with inflation comments from Bank of Japan Governor Haruhiko Kuroda, remarks on excessive leverage from his Chinese counterpart Zhou Xiaochuan and the grievances on trade from Trump. The yen declined before erasing the loss, and stocks in the region were mixed, Bloomberg reported. 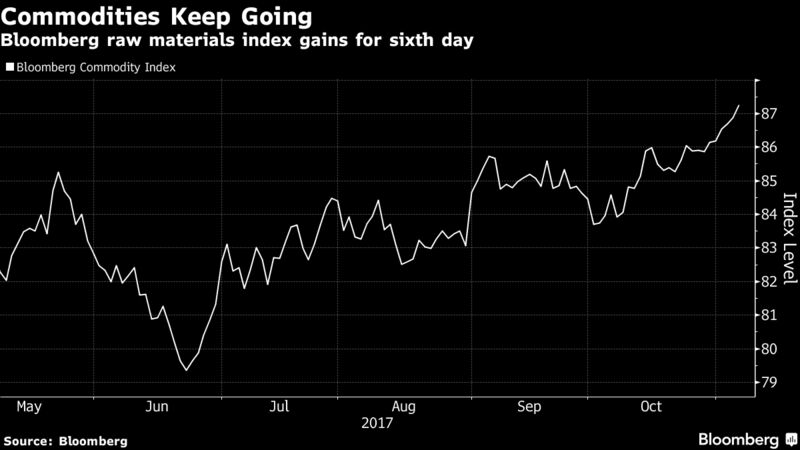 Ahead of a light week for economic data releases investor focus has turned to Asia and the U.S. president’s visit to the region. Trump has already brought up trade grievances about both China and Japan and has warned nations against challenging the U.S. He goes on to South Korea and China this week. Elsewhere, sterling rebounded as the U.K. and European Union prepare for Brexit talks to resume.

News on central bankers also will be closely watched. Federal Reserve Bank of New York President William Dudley is close to announcing his retirement, according to CNBC. His early departure would mean the top three positions at the Fed changing over within a relatively short period. Trump announced last week that Fed Governor Jerome Powell will be nominated to replace Janet Yellen when her term expires in February. Vice Chairman Stanley Fischer retired in mid-October.

Here are key events to watch out for this week: