EghtesadOnline: The pound strengthened, reversing an earlier decline against the dollar, after data showed the U.K. economy expanded more than forecast in the third quarter, reinforcing expectations that the Bank of England will raise interest rates next week.

Sterling climbed versus all of its major peers, while government bonds fell after the U.K.’s statistics office said that gross domestic product rose 0.4 percent from three months earlier, beating the median forecast for 0.3 percent growth in a Bloomberg survey. Separately, Brexit Secretary David Davis told lawmakers that the U.K. wants to agree on the form of transition period for a separation from the European Union by December or soon after. 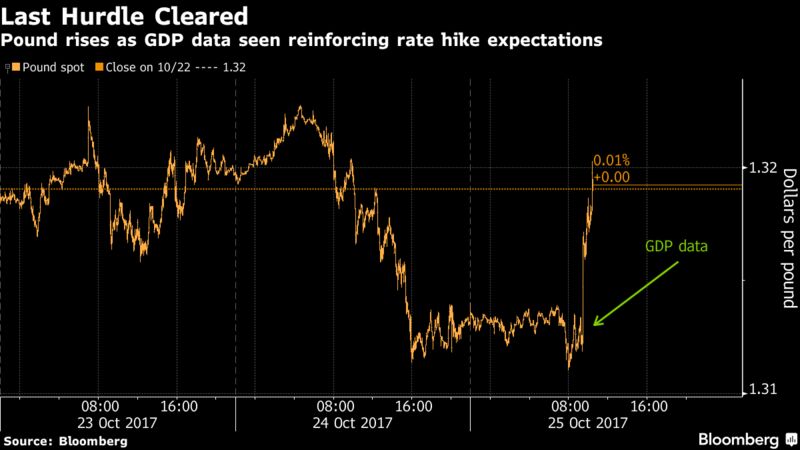 A November rate hike is “pretty much a sure thing now,” said Neil Jones, head of hedge-fund sales at Mizuho Bank Ltd. “But the pound reaction is limited, probably because we are likely to see a dovish hike from the BOE.”

Market expectations of a rate increase have climbed over the past month as both comments from policy makers and data have been seen boosting the case to tighten policy, with the latest data seen reinforcing this view.

Sterling continued to climb as Brexit Secretary Davis said in testimony to lawmakers that he thought the chance of the U.K. leaving the EU with no deal at all was very unlikely.