EghtesadOnline: U.S. Treasuries extended their declines and the dollar traded near its three-month high amid continued optimism over the global growth outlook. Safe-haven assets such as the yen and gold slipped, while global shares were mixed as the earnings season continued to unfold.

With equities at or near records globally, investors are looking hard at earnings and economic data for indications of broadening growth that may keep the rally alive. The big U.S. results from Tuesday certainly helped, with more to come this week as well as the latest American GDP reading.

The outlook seems more important than ever as the Federal Reserve and other central banks start to pull back on emergency monetary stimulus. The European Central Bank is expected to announce a reduction in the size of its monthly bond buying at its policy meeting Thursday, the biggest scheduled event for markets this week. 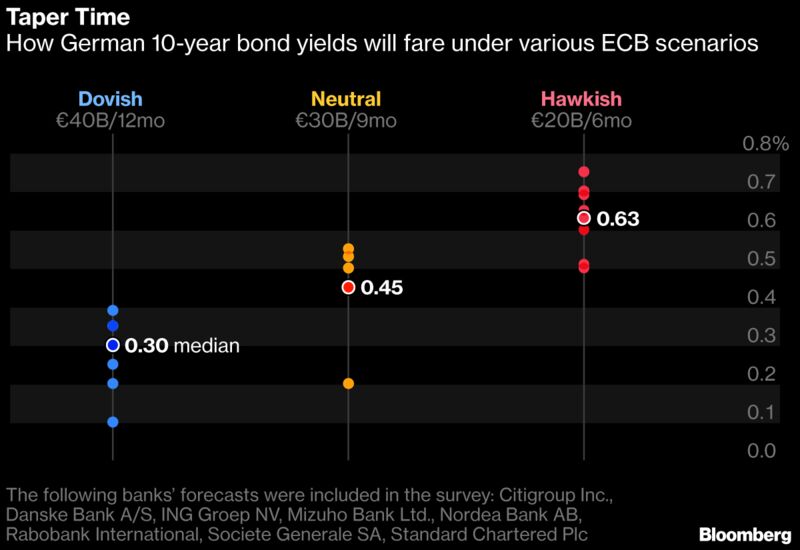 “Calling the end of this market at the moment is very, very tricky because interest rates are going to remain low, earnings are OK,” Neil Dwane, global strategist at Allianz Global Investors, said on Bloomberg Television. “‘We are seeing good economic performance out of Europe, but all the equity markets now need earnings to rise.”

Elsewhere, India’s S&P BSE Sensex jumped as much as 1.6 percent after Prime Minister Narendra Modi’s government said late on Tuesday it will inject an unprecedented 2.11 trillion rupees ($32 billion) into the banks over two years to revive growth.

These are some of the key events coming up: