EghtesadOnline: Saudi Arabia’s ambitious plan to transform its economy away from oil has global banks lining up for a piece of the action.

It’s already the busiest year ever for merger and acquisitions and financing deals in the kingdom and that’s prompting the world’s top banks to invest in the country in preparation for a highly-anticipated bonanza of commissions. Up for grabs will be fees on hundreds of state-asset sales, for example, including the Saudi Arabian Oil Co., which could value the company at a record $2 trillion, Bloomberg reported.

“We see a multitude of opportunities in the kingdom,” said James Forese, Citigroup Inc. President and head of institutional clients group. “The opportunities here are self evident. We’re not the only ones to realize this, every global bank is trying to hire here as well.”

Here’s a look at which banks are leading the pack in the kingdom and those still making inroads:

JPMorgan: The U.S. lender is the top M&A adviser and top arranger of international bond sales in the country, according to data compiled by Bloomberg. The bank advised the Public Investment Fund on its $3.5 billion investment in Uber Technologies Inc. in June 2016 and worked with Credit Agricole SA when it sold a $1.5 billion stake in Banque Saudi Fransi to Prince Alwaleed bin Talal last month—the biggest M&A deal this year. It’s also said to have been one of the first banks appointed to advise Saudi Aramco on its planned IPO. And it was among lenders that helped the government raise $9 billion in Islamic bonds in April and $12.5 billion in September.

HSBC: The British lender is one of the most active international investment banks through its local unit—HSBC Saudi Arabia, in which it owns a 49 percent stake. It also has a 40 percent holding in Saudi British Bank, which is in talks to merge with Alawwal Bank that’s backed by Royal Bank of Scotland Group Plc. HSBC’s model is “unique in the combination of local and international capabilities that we have,” said HSBC Saudi Arabia CEO Majed Najm. “Some of the new competition is trying to gain ground, but I don’t think it will be that easy.”

The lender is said to have doubled its investment banking group to about 18 staff over the past year. It named Kapil Chadda vice chairman of its global banking business in the Middle East, North Africa and Turkey, with a focus on developing business in Saudi Arabia. The bank is advising Saudi Aramco on its share sale, and also is said to be working with the government on privatizing the stock exchange and flour mills. 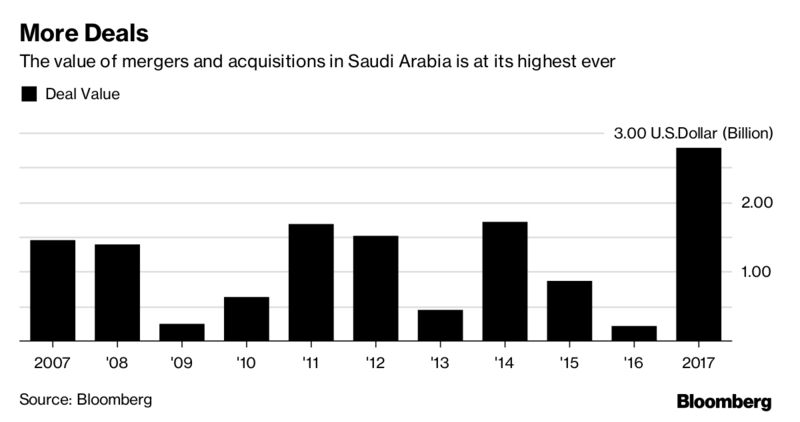 Morgan Stanley: The New York-based bank has been in Saudi Arabia since 2007 and earlier this year hired Abdulaziz Alajaji from JPMorgan to head up its operations there. The lender is said to have been appointed an adviser on the Aramco share sale, along with JPMorgan and HSBC. It was also among banks on the kingdom's debut sovereign debt issue last October.

Goldman Sachs: The U.S. lender has been making a big push into the kingdom and hired Eyas Al Dossari from HSBC to head its Saudi investment banking operations. It advised Kingdom Holding on its Saudi Fransi stake purchase and is also advising Saudi British on its merger talks with Alawwal. The bank helped arrange Saudi Arabia’s debut international bond sale last October, and the kingdom’s Capital Market Authority has given the bank approval to trade local equities.

Deutsche Bank: The German lender appointed Saudi national Jamal Al Kishi as CEO for the Middle East and Africa last year. The kingdom is “a promising investment banking market and those banks who like us, are fully licensed, with a long standing presence in the country and local capability on-the-ground are set to continue to perform well,” said Al Kishi.

The bank, which employs about 80 bankers in the kingdom, expects fees to rise as it transforms its economy, according to Tamim Jabr, also a Saudi national, who took over as head of Deutsche Bank’s Saudi Arabia securities operations in March. It was among the arrangers for the kingdom’s $17.5 billion dollar bond sale and its first Islamic bond sale. The bank is also preparing to “massively expand” its private banking business in the kingdom, according to Peter Hinder, head of EMEA wealth management.

Citigroup: The New York-based lender plans to hire about 20 bankers in Saudi Arabia and start operations by the end of the year after receiving an investment banking license for the kingdom in April. When the U.S. lender opens its office in the country after a 13-year absence, it will be able to pitch for local advisory work, including IPOs and takeovers in which the target company is based in the kingdom. Citigroup lost its license when it sold its stake in Samba Financial Group in 2004 and tried unsuccessfully to return in 2006 and 2010.

The bank has already had lead roles on the kingdom’s dollar bond sale last year and Islamic bond sale this year. It’s currently building a team to be based in Riyadh and named Carmen Haddad, previously chief country officer for Qatar, as the head of its business in the kingdom. 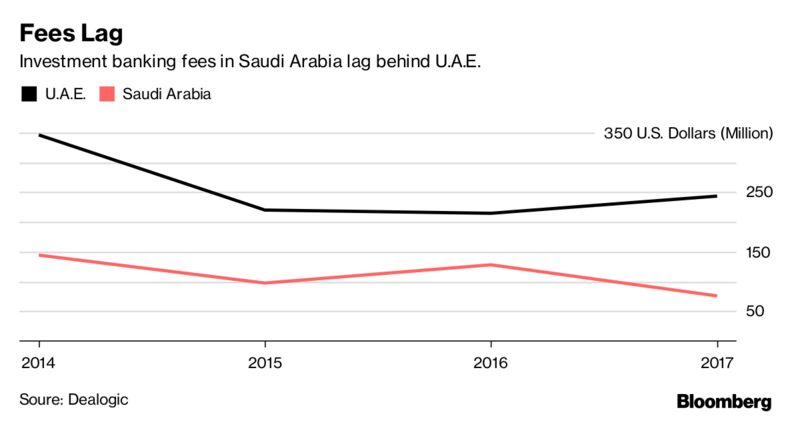 Credit Suisse: The Swiss lender, which counts the kingdom’s billionaire Olayan family as its largest shareholder, was last year in talks with the Saudi central bank for an onshore license. The bank is said to have allocated about $600 million of its own capital to expand its business in the kingdom. The Zurich-based bank, which has a securities and equities business in the country, plans to use the capital to, among other things, offer investors Lombard loans, which are backed by liquid assets such as stocks. Credit Suisse is also planning to hire more private bankers in the kingdom.

Mitsubishi UFJ Financial Group: Japanese banks are making a big push to do business in Saudi Arabia with MUFG leading the way. Japan’s biggest lender, which currently manages its Saudi business from Dubai, is set to become the first Japanese bank to start full banking operations in the country with a branch in Riyadh as early as next year. It plans to hire as many as 60 people over the next three-to-five years, as it sees privatizations exceeding $350 billion, Elyas Algaseer, co-head in the Middle East and North Africa said in an interview in August. MUFG and its two biggest Japanese peers signed a non-binding agreement with Aramco in August to expand lending to the state-run firm. MUFG may help underwrite the Aramco IPO as it holds a stake in Morgan Stanley, which was selected as lead underwriter with JPMorgan.

Boutique Banks: Smaller advisory firms have made significant in-roads into Saudi Arabia over the past year. Evercore Inc., the U.S. bank founded by Roger Altman, will work alongside rival Moelis & Co. as a financial adviser on Aramco’s IPO, people familiar with the matter said in March. The firm and New York-based Moelis will help the oil giant pick underwriting banks, make decisions on potential listing venues and ensure the IPO goes smoothly. Rothschild & Co. and Lazard had also pitched for the role. Evercore is said to be planning to open an office in the Dubai International Financial Centre as it seeks new business in the region.

Credit Agricole: France’s second-largest bank sold half of its 32 percent stake in Banque Saudi Fransi to billionaire Prince Alwaleed for $1.54 billion last month. Credit Agricole’s corporate and investment bank may sell an additional 5 percent block but says it’s committed to keep about 10 percent. It plans to work with Saudi Fransi as a “strategic partner” while also developing its “direct presence” in the country.

RBS: The British lender for years tried unsuccessfully to sell its 40 percent holding in Alawwal Bank, which is worth about $1.4 billion, according to data compiled by Bloomberg. It’s now in talks to merge the business with HSBC’s Saudi British Bank. Alawwal was known as Saudi Hollandi Bank until last year and the venture was acquired by RBS in its 2007 joint purchase of the Netherlands’ ABN Amro, the disastrous deal that helped prompt the U.K. bailout. The new name means “the first” in Arabic, referring to the bank’s 1926 founding as Saudi Arabia’s first bank.

Barclays: The British lender handed back its Saudi Arabia license in 2014, shortly before a slump in oil prices kick-started the reform process that led to the kingdom opening up to foreign investors.