EghtesadOnline: U.S. stocks slid as investors weighed the impact of the Republican tax proposal that would dramatically cut levies on corporations and the wealthy. Politics dominated trading in Europe, with the euro sliding after the German election, giving European stocks a boost.

The S&P 500 Index opened lower, while the Stoxx Europe 600 Index climbed. The euro weakened against almost all its major peers after Chancellor Angela Merkel wonGermany’s election with a smaller share of the vote, while the country’s main far-right party, Alternative for Germany, posted a surprisingly strong result.

The yen stayed weaker as Japan’s prime minister unveiled a fresh stimulus package and said he’ll dissolve the lower house of parliament ahead of a general election. Developing-nation stocks headed for a third day of declines. Most government bonds advanced, according to Bloomberg. 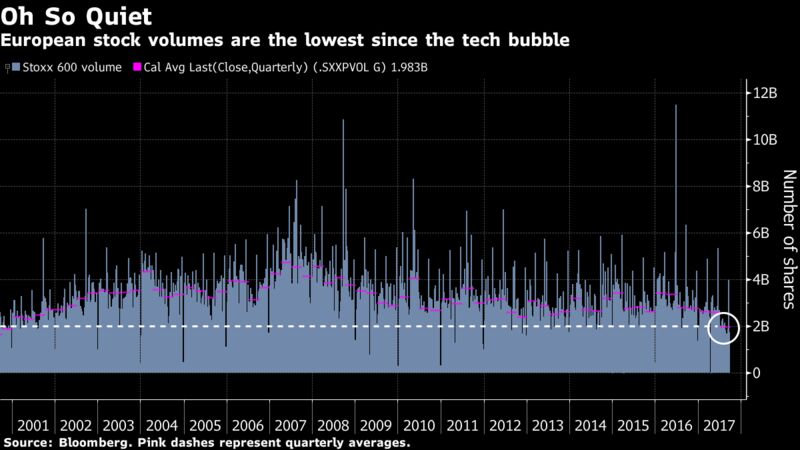 “Investors were expecting a victory for Angela Merkel, but there has been a surprise in the relatively poor performance of the CDU and SPD, who suffered their worst results since 1949,” Nick Peters, multi asset portfolio manager at Fidelity International, wrote in a note.

“While this leaves the political situation more uncertain than before, the likelihood of a Jamaica coalition of the CDU, Greens and FDP remains high,” he wrote. “The political implications of the elections remain relatively mute, as the euro zone continues to enjoy a strong and synchronized recovery.”

The process of building a new government could take weeks, so markets may well move on from the result quickly. Trouble continues to foment in the Catalonia region of Spain, while central bank grandees including Federal Reserve Chair Janet Yellen and European Central Bank President Mario Draghi are among those scheduled to speak this week.

Meanwhile, the New Zealand dollar lost as much as 1.1 percent amid disappointment the ruling party failed to get a majority in a weekend vote, kicking off what could be weeks of coalition-building talks.