Buyers have poured into gold, Treasuries and the Japanese yen, even as central banks talk of reducing accommodation and are optimistic on economic growth. These charts track the flight, according to Bloomberg.

Bullion has beaten the odds, rising in a year when U.S. stock markets have set progressive record highs. Gold futures have jumped more than 17 percent in 2017, on track for the biggest annual gain since 2010. Prospects for economic damage from hurricanes menacing Caribbean islands and the southern U.S. added fuel to the rally this week. “Gold continues to be a price barometer of the well-being of the economic and political world,” George Gero, a managing director at RBC Wealth Management in New York, said in an email. “This attracted many buyers who prefer normally to be in stocks and other assets.” 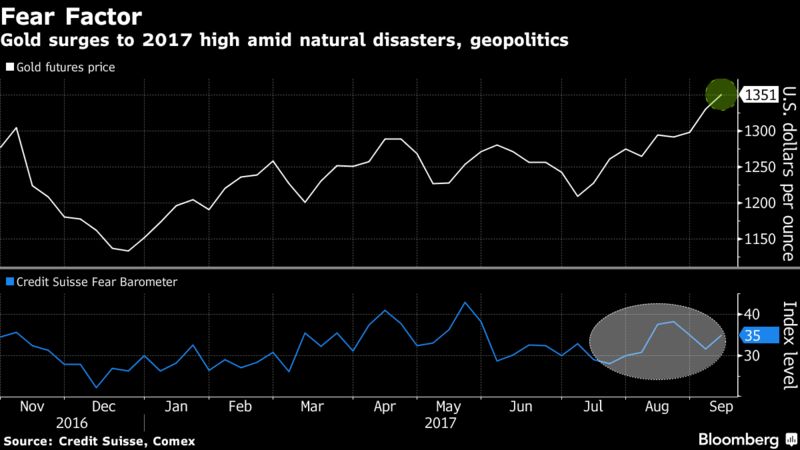 Investors have pushed U.S. 10-year Treasury yields to the lowest this year. The drop comes amid uncertainty on whether the damage from Hurricanes Harvey and Irma will slow economic growth and prevent the Federal Reserve from raising interest rates. Traders are pricing in a 25 percent chance of a rate hike this year, down from more than 50 percent in early July. “We’ll have several weeks/months of data distorted by the recent storms,” Ian Lyngen, head of U.S. rates strategy at BMO Capital Markets, said in an email. 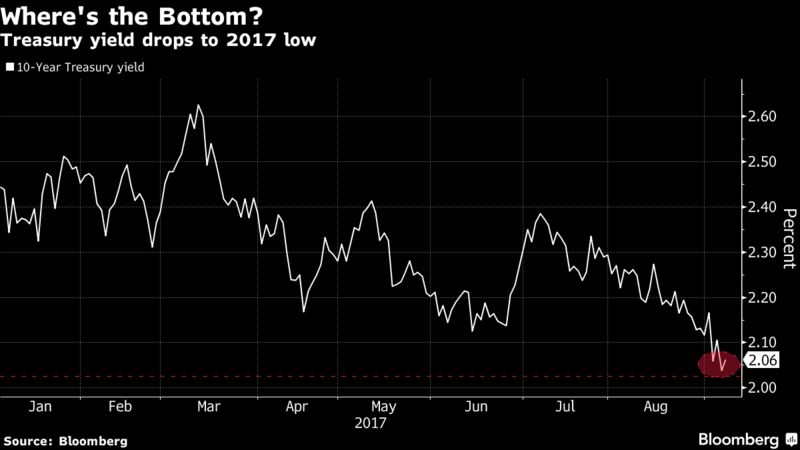 The Japanese yen strengthened Friday to 107.74 per dollar, the most in almost 10 months, as investors cast a wary eye on U.S.-North Korea tensions. North Korea detonated its sixth and most powerful nuclear bomb on Sunday, and South Korea has said Kim Jong Un’s regime may be planning to launch another intercontinental ballistic missile on Saturday. Markets are vulnerable to a move toward the psychologically important level of 105, according to Nomura Securities. 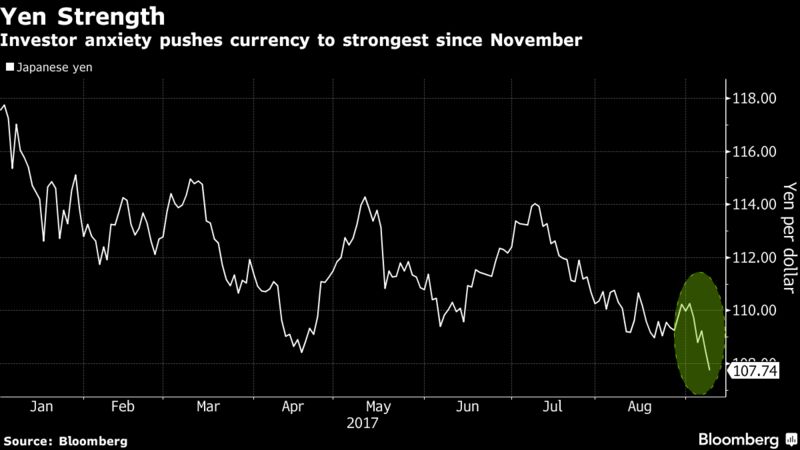 Assets in exchanged-traded funds backed by bullion climbed this week to the highest since June, according to data compiled by Bloomberg. Holdings have risen for five straight weeks, the longest run since April. 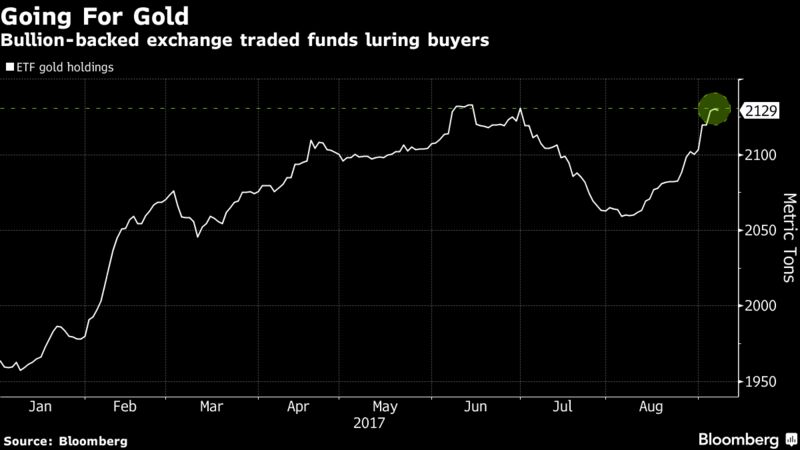