EghtesadOnline: U.S. stocks slipped while Treasuries rallied the most in 10 months as tensions with North Korea mounted and another Atlantic hurricane threatened to make landfall.

According to Bloomberg, the Dow Jones Industrial Average fell 234 points at the start of a week packed with central-bank decisions, Federal Reserve speakers and economic data that will help illuminate the path of the global economy. The S&P 500 Index dropped the most since Aug. 17, ending a six-day rally. Ten-year Treasuries climbed amid lingering unease over North Korean plans for a ballistic missile launch, while Hurricane Irma threatened a region already dealing with the devastation from Harvey.

West Texas intermediate crude climbed for a third day and copper extended its rally. Gold also rose. The Stoxx Europe 600 Index dropped slightly as the euro and yen gained against the dollar. The greenback declined amid dovish commentsfrom Fed Governor Lael Brainard. Buyers of four-week Treasury bills demanded the highest yields since 2008 in Tuesday’s auction as the deadline to raise the U.S. debt ceiling neared. 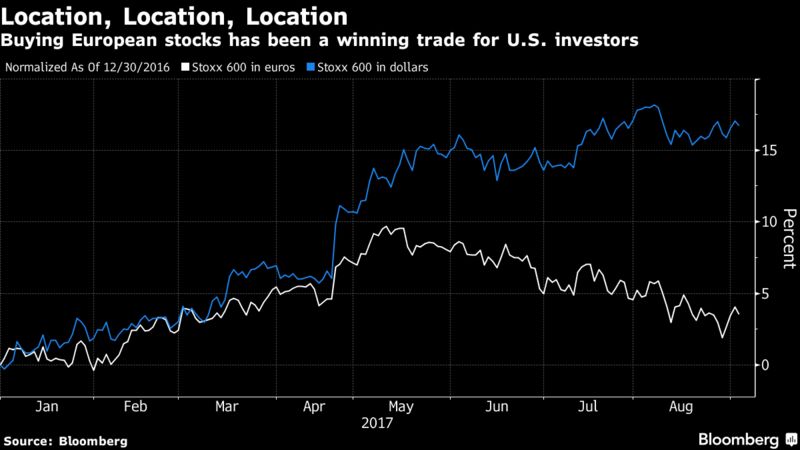 Big economic news still awaits. Mario Draghi may give more clarity on paring the European Central Bank’s bond-buying program when he speaks after a rates decision on Thursday. U.S. durable-goods figures, the trade balance, unemployment claims, and the release of the Fed’s Beige Book will add to the global data mix after a purchasing managers’ index Tuesday indicated the euro area is poised for the fastest economic expansion in a decade.

The key events coming this week: