Equity indexes in Japan, South Korea and Hong Kong gained after U.S. stocks rebounded from losses initially sparked when Kim’s regime fired a missile over Japan. The yen rallied on Tuesday as safe havens advanced, only to more than give up those gains as investors speculated the event won’t flare up. The Australian dollar outperformed its developed-market peers after construction and building approvals data beat estimates and copper approached a three-year high. Bond yields rose as risk assets came back in favor and gold held at the highest level this year, Bloomberg reported. 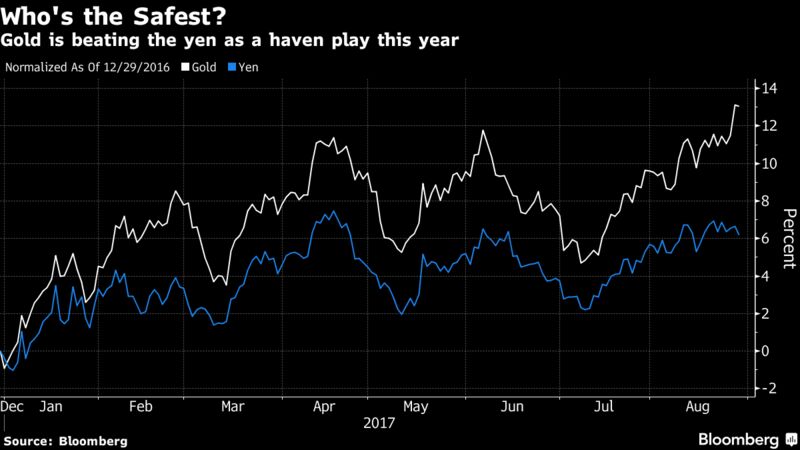 Asian markets were roiled on Tuesday after North Korea fired a ballistic missile over Japan in an act the latter called an “unprecedented, grave and serious threat.” Trump said the U.S. will consider “all options” in its response. Kim said Wednesday the missile was in protest at annual military exercises between the U.S. and South Korea. That suggests the standoff is unlikely to intensify and, coupled with Trump’s tempered remarks, helped underpin risk assets.

“We’ve seen the typical reaction that you would expect yesterday, with the safe haven assets like the yen gaining and the Korean won obviously weakening and equity markets in this region selling off,” Khoon Goh, Australia & New Zealand Banking Group Ltd.’s head of Asia research, said in a Bloomberg Television interview. “What’s interesting is that the reaction has been fairly muted and a lot of the moves have largely reversed and I think it’s a case now where what’s happening with North Korea is not necessarily new.”