The S&P 500 Index had its best week in over a month as the measure held earlier gains sparked by comments from the president’s top economic adviser. The euro touched the highest in two and half years versus the greenback as traders showed signs of relief after Mario Draghi didn’t talk down the value of the currency in his Jackson Hole speech. Bloomberg’s dollar gauge fell to its lowest level since January 2015, Bloomberg reported.

Earlier, stocks jumped on remarks by Gary Cohn, director of the National Economic Council, who said in an interview that he expects tax reform to pass this year and that he didn’t intend to resign in protest over the president’s reaction to riots in Charlottesville, Virginia.

Investors are keeping their eyes on strengthening Hurricane Harvey, which was upgraded to Category 3 and is set for landfall in Texas overnight Friday. Oil refiners in the Gulf Coast, home to as much as half of the nation’s refining capacity, began halting operations amid warnings of deadly floods and storm surges. It will be the strongest storm to hit the U.S. since Wilma in 2005.

“We think that the flooding impact of Hurricane Harvey could make it more destructive to U.S. crude and product supplies as well as port facilities than the market is currently assuming,” Barclays energy analyst Michael Cohen wrote in a note Friday. 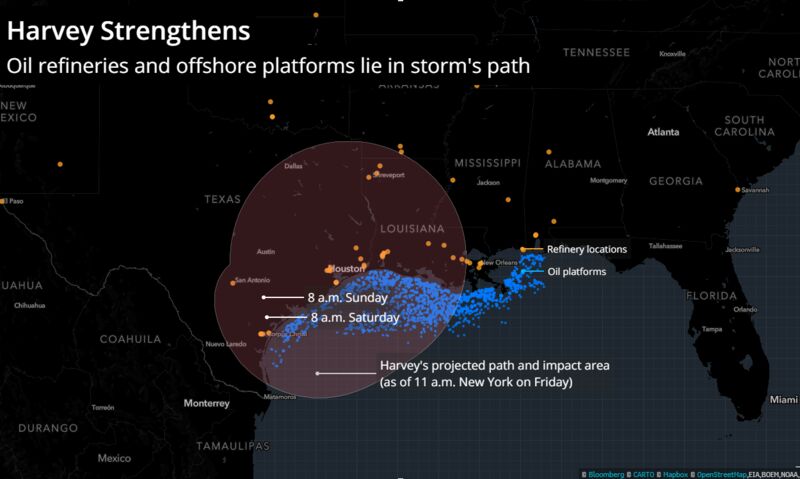