Bullion futures for December delivery rose 0.3 percent to settle at $1,294 an ounce at 1:48 pm on the Comex in New York. That’s the highest close for a most active contract since June 6. It earlier added as much as 0.6 percent to $1,298.10. The metal climbed 2.3 percent this week, posting the fourth weekly gain in five, Bloomberg reported. 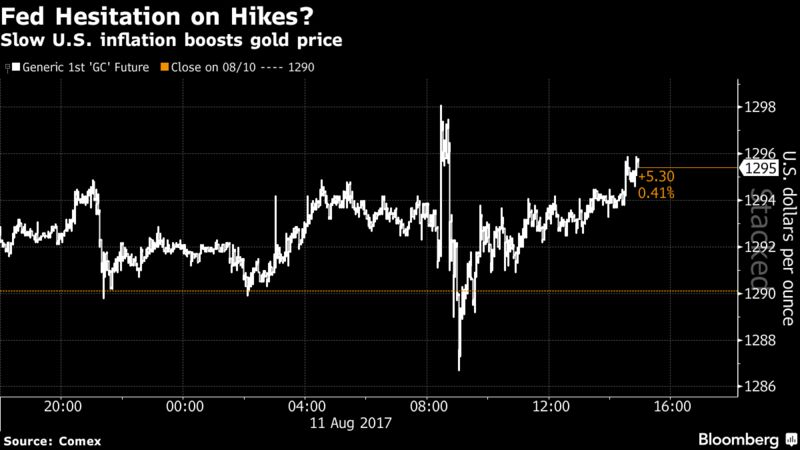 The U.S. consumer-price index rose 0.1 percent in July, a Labor Department report showed Friday, trailing the 0.2 percent median estimate of economists surveyed by Bloomberg. A more sustained ebb in price pressures could make it tougher for the central bank to stay on course for one more rate increase this year. Low rates boost the appeal of gold, which doesn’t pay interest.

With the CPI data,“traders are thinking there will be no interest rate hike this year,” said Naeem Aslam, chief market analyst at Think Markets U.K. Ltd. in London. “This doesn’t help the Fed’s situation. It helps the doves who want the Fed to go slow.”