EghtesadOnline: The Bloomberg Dollar Spot Index was little changed and the euro was lower versus the greenback as investors awaited the release of U.S. inflation data later Friday.

Even though President Donald Trump escalated the war of words with North Korea, currency havens in the Group-of-10 currencies stayed within relatively tight ranges, possibly due to reduced positioning after the latest washout. Still, implied volatilities remained bid, with euro’s volatility skew pointing to increased bearishness across most tenors, according to Bloomberg.

One-month risk reversals in euro-dollar extender their run lower, after closing below par Thursday for the first time in more than two months. In the spot market, the common currency was 0.1 percent lower at 1.1755 as of 10:06 a.m. London time amid muted flows, according to a Europe-based trader. While investors failed to react to inflation readings out of euro-area countries, they may prove more sensitive when U.S. data take center stage. 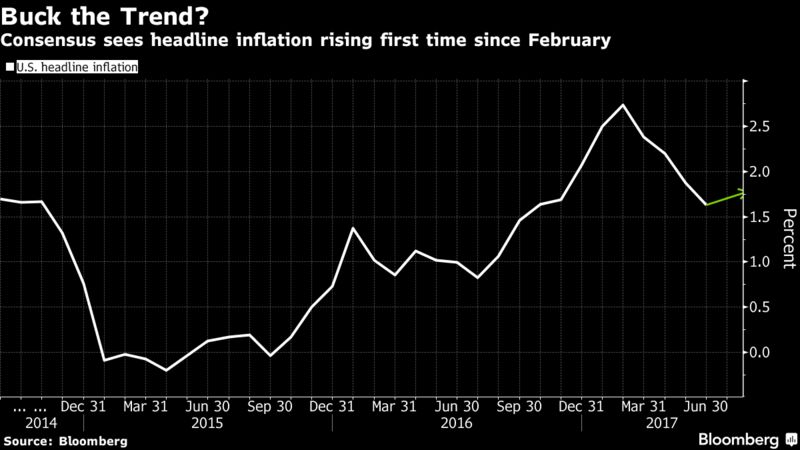 Consensus is for headline annual U.S. inflation to rise to 1.8 percent in July, from 1.6 percent a month earlier, with core steady at 1.7 percent. A weak reading may be enough for the euro to close above $1.1773, which would mark a fifth week of gains for the first time in nearly seven months.