EghtesadOnline: U.S. stocks opened mixed as investors assessed the latest batch of corporate results ahead of Friday’s jobs report. The British pound slumped after the Bank of England cut its U.K. growth outlook.

The Dow Jones Industrial Average hovered near an all-time high, while small caps slid for the sixth time in seven sessions. The dollar firmed as U.S. labor-market data broadly met expectations as attention turns to tomorrow’s payrolls report for clues on the economy’s strength. Sterling headed for the biggest drop since June and U.K. bond yields fell as the BOE cut its growth forecast. Crude pushed toward $50 a barrel, Bloomberg reported. 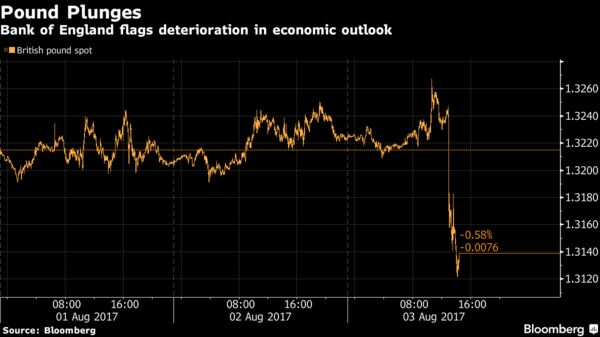 Corporate results have been largely dominating sentiment this week, but Friday’s report on the U.S. employment market may provide the next inflection point. Investors are looking for clues on the strength of the world’s largest economy and the Federal Reserve’s next policy move, not least to see if the dollar will get any respite.

“There is a lot riding on the continued global expansion, perhaps everything for investors,” Dave Lafferty, chief market strategist at Natixis Global Asset Management, wrote in a client note. “Investors should remain hyper-vigilant about the global economy and earnings. It is even more important today as neither central bankers nor troublesome valuations are an investor’s friends.”

Here are some key upcoming events: