EghtesadOnline: America’s second-longest bull run in stocks on record will end by late 2018, when U.S. credit also will enter its first bear market since the global crisis, according to a Bloomberg survey of fund managers and strategists.

The poll of 30 finance professionals on four continents showed a lack of consensus on the asset judged as most vulnerable now, with answers ranging from European high yield to local-currency emerging-market debt -- though they were mostly in the bond world. Among 25 responding to a question on the next U.S. recession, the median answer was the first half of 2019.

According to Bloomberg, the would-be end of a great cycle for financial markets would come just about when central bank balance sheet contraction is expected to kick into high gear. By mid-2018, the Federal Reserve’s wind-down may be well under way, and the European Central Bank might have joined the Bank of Japan in tapering asset purchases.

While none of the respondents signaled a 2007-09 style meltdown, even smaller-scale downturns have wreaked large-scale damage in the past. The 2002 bear market in U.S. stocks wiped out more than $7 trillion of value.

“Consequences could be very painful,” said Remi Olu-Pitan, who manages a multi-asset fund at Schroder Investment Management Ltd. in London. “We have had a liquidity-fueled bull market. If that is taken away, there is a pressure point,” she said. 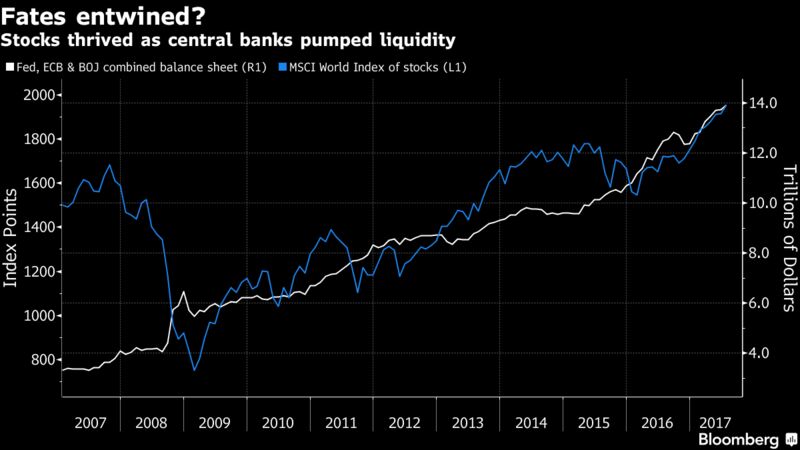 Central-bank policy is the linchpin for the majority of respondents. After the unprecedented and sometimes coordinated efforts by monetary authorities to shore up financial systems and the global economy over the past decade, many see a messy unwinding as the top risk. Such concerns found some validation in recent weeks with policy makers in Europe and the U.K. flip flopping on discussions around tightening policy.

One notable absentee from the list of major concerns cited in the survey was China, with just one investor highlighting the danger of a disruption in that country’s financial system. Atul Lele, chief investment officer at Nassau, Bahamas-based Deltec International Group, said the chance for excessive tightening by the Fed comes a close second to his China worry. 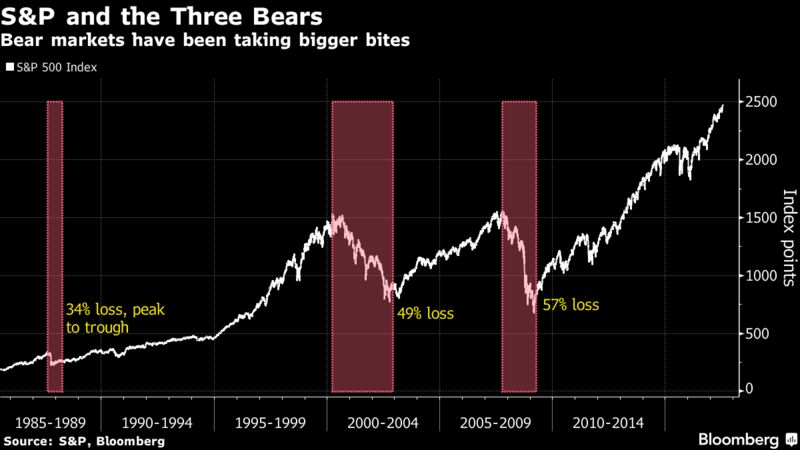 The median answer of 21 survey participants responding to the question of when they see a slide of more than 20 percent for the S&P 500 Index was the fourth quarter of 2018; two projected the bear market starting in the final three months of this year.

Among the 21 respondents on a bear market for credit -- defined as a 1 percentage point jump in the premiums of U.S. investment-grade corporate bonds over comparable government-debt yields -- the median pick was the third quarter of 2018.

Here’s a snapshot of other findings from the survey, conducted July 14-21. 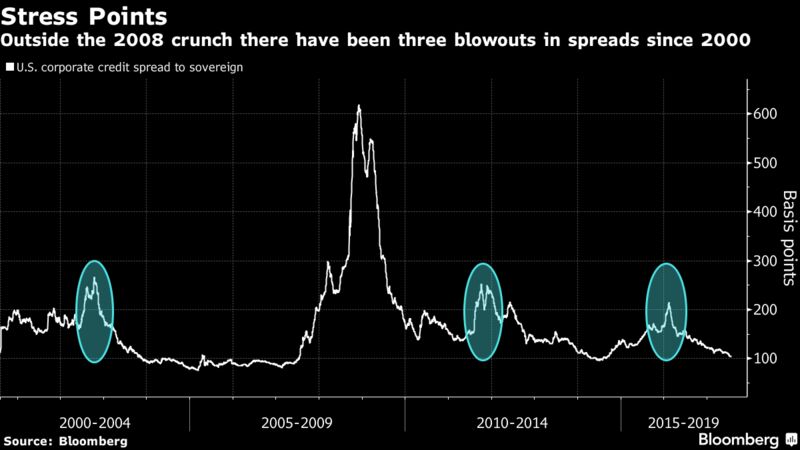 So what would our intrepid investors likely be doing with their portfolios over the next 12 months? Reducing the amount of equities -- or adding them once the anticipated declines in stocks emerge -- were common responses. Here are some others:

For now the focus is on the U.S. central bank. Investors will be looking for clues from its policy statement on Wednesday on when the balance-sheet run-off will start. After a soft patch in the economy earlier this year, Fed officials have hung on to their forecast for inflation to inch back up to their 2 percent target -- a goal they’ve missed for most of the last five years.

“Continuing tightening by the Fed in the absence of a pickup in inflation can eventually trigger a recession,” said Vassalou. “The consumer is reluctant to spend and needs evidence that economic growth will not falter, especially given meager wage gains since the financial crisis,” she said.