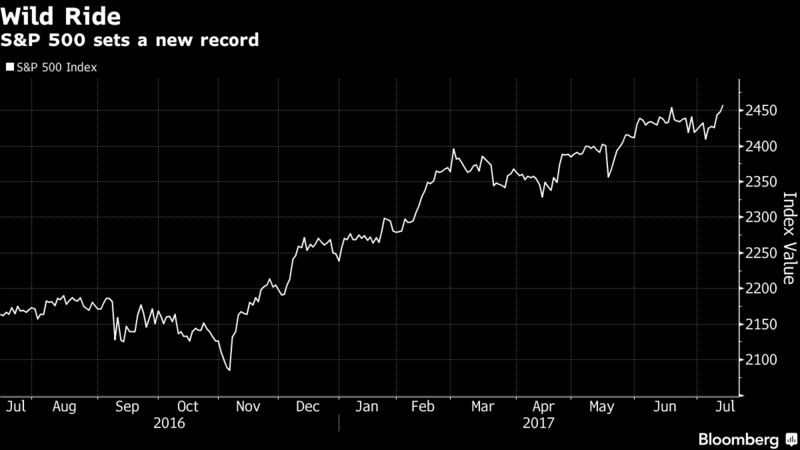 The recent pace of inflation in the world’s largest economy has become even more pertinent since Yellen hinted in congressional testimony this week that sluggish price increases have structural causes. The soft June consumer price index number added to more than a quarter of shaky growth figures at a time when some Fed officials are hinging their support for further rate rises on the inflation outlook.

Retail sales also unexpectedly dropped in June for a second month of declines, signaling that consumers are providing only modest support for the U.S. economy and suggesting a weaker than hoped for rebound in the gross domestic product in the second quarter.

Major financial firms JPMorgan Chase & Co. and Citigroup Inc. reported earnings. JPMorgan, the biggest bank in the U.S., posted the highest annual profits ever for a U.S. bank over the past 12 months. And Citigroup topped earnings estimates, powered by strength in its investment banking group.