EghtesadOnline: The U.S. dollar weakened against its G-10 peers and stocks in Asia were mixed as attention turned to central bank policy after markets were rattled by reports of Donald Trump Jr.’s contact with a Russian lawyer.

According to Bloomberg, the yen strengthened a second day and shares in Tokyo and Sydney declined, while those in Hong Kong rose. U.S. equity futures were slightly lower after the S&P 500 Index recovered from a sudden loss to end Tuesday flat. A gauge of the dollar weakened for a third day. Oil bounced on reports of a decline in stockpiles, and gold was higher. Treasuries and Australian bonds rose.

Investors are awaiting testimony from Federal Reserve Chair Janet Yellen and the start of corporate earnings season after markets were jolted Tuesday. The catalyst was the release of emails by the president’s son that said the Russian government backed his father’s presidential campaign and was trying to damage Hillary Clinton.

Fed Governor Lael Brainard said the U.S. central bank should move cautiously on rate hikes, and signaled she’s comfortable with plans to start shrinking the balance sheet soon. The Bank of Canada is expected to hike interest rates Wednesday, a chance to mark a concrete step in a tightening cycle that many of the developed world’s central bankers have been preparing investors for. 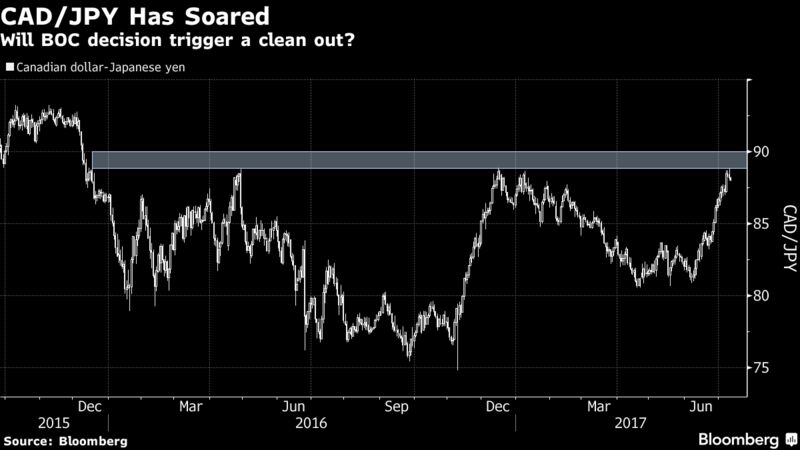 Here’s what investors are watching: