EghtesadOnline: U.S. stocks closed up Friday buoyed by increases in the industrial and consumer discretionary sectors, while European shares reversed earlier gains and turned lower. Oil continued to climb as concerns about an oversupply faded.

Volatility is making a comeback -- though still low by historical standards -- as the debate on normalizing central bank policy intensifies after nine years of unprecedented stimulus. That suggests some investors are growing concerned about the economy’s ability to withstand a tightening cycle even as data Friday showed U.S. consumer spending rose in line with economists’ estimates in May. Technology stocks have been under pressure this week, while banks have been supported on the prospect for higher rates. 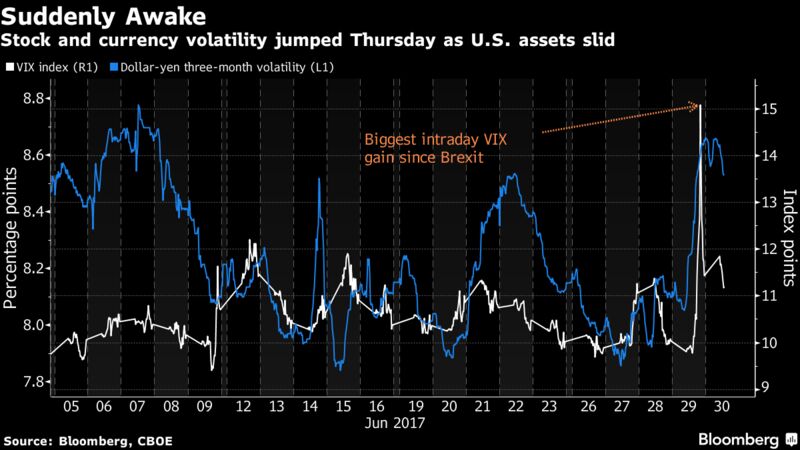