EghtesadOnline: U.S. stocks halted a three-day slide, while Treasury yields and the dollar edged lower as a week dominated by crude’s tumble into a bear market ended with the three major American assets largely unchanged.

The S&P 500 Index finished the period virtually where it began, as rallies in health-care and tech shares offset a rout in energy producers. Small caps rallied Friday to end higher on the week. Crude capped a fifth straight weekly decline after falling into a bear market. The dollar slipped a third day, though not enough to erase a slight gain in the week. The 10-year Treasury yield fell less than one basis point in the five days as a parade of Federal Reserve officials said little to alter views on the timing for rate increases. Gold rose for a third day to offset a two-day slump and finish the week flat, Bloomberg reported. 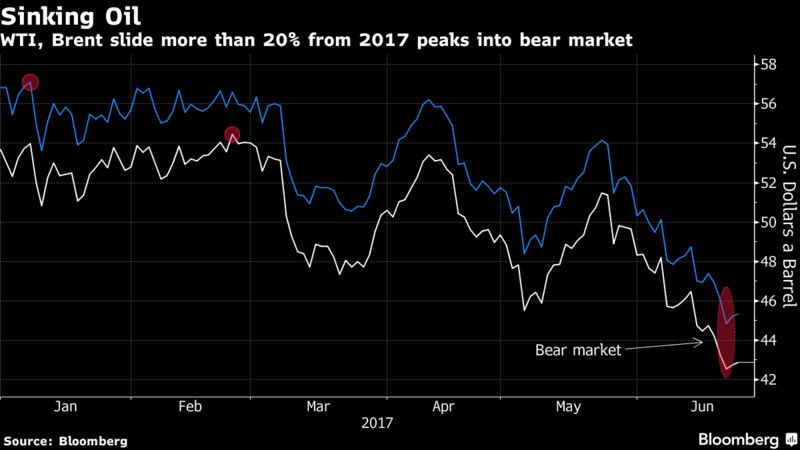 Weakness in energy prices were the theme of the week, with oil in New York and London dropping into a bear market on concerns that expanding supply in the U.S. and Libya will counter OPEC output cuts. Few signs of contagion emerged though, leaving everything from gold to the dollar to U.S. equities to churn in tight ranges as the traditionally slow summer season began. Europe focused on the negotiations to untangle Britain from the union, while U.S. investors rotated back into technology shares two weeks after pummeling the high flying group.